Diabetes a major health challenge for the world

he rising prevalence of diabetes and other non-communicable diseases is driven by a combination of factors - rapid urbanisation, sedentary lifestyles, unhealthy diets, tobacco use, and increasing life expectancy. 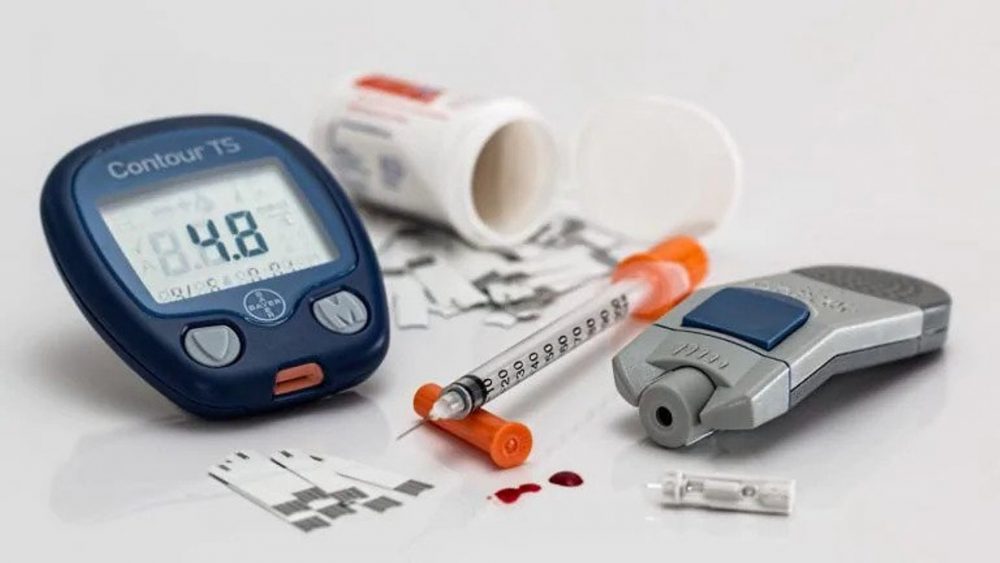 Obesity and overweight are the most important risk factors responsible for diabetes and the disease burden can be prevented or delayed by lifestyle changes including adopting a healthy diet and doing regular physical activity.

According to the World Health Organisation (WHO), about 422 million people worldwide have diabetes, the majority living in low-and middle-income countries, and 1.6 million deaths are directly attributed to diabetes each year.

Insulin is an essential hormone produced in the pancreas. It allows glucose from the bloodstream to enter the body’s cells where that glucose is converted into energy. Insulin is also essential for the metabolism of protein and fat. A lack of insulin, or the inability of cells to respond to it, leads to high levels of blood glucose (hyperglycaemia), which is the clinical indicator of diabetes. Insulin deficit, if left unchecked over the long term, can cause damage to many of the body’s organs, leading to life-threatening health complications.

The most common is type 2 diabetes, usually in adults, which occurs when the body becomes resistant to insulin or doesn’t make enough insulin. In the past three decades, the prevalence of type 2 diabetes has risen dramatically in countries of all income levels. Type 1 diabetes, once known as juvenile diabetes or insulin-dependent diabetes, is a chronic condition in which the pancreas produces little or no insulin by itself.

Diabetes can lead to heart diseases, kidney diseases, neuropathy, eye problems and liver ailments. It affects practically every organ. Simple lifestyle changes with medication (Metformin etc.) and regular blood sugar monitoring is essential in most of the patients. Insulin may be required in some cases (about 5-10  percent) or at the time of surgery and hospitalisation.

The latest edition of the International Diabetes Federation(IDF) Atlas,  confirms that diabetes is one of the fastest-growing global health emergencies of the 21st century The number of children and adolescents (up to 19 years old) living with diabetes increases annually. An estimated 463 million adults aged 20–79 years are currently living with diabetes. The number of deaths resulting from diabetes and its complications in 2019 was estimated to be 4.2 million.

Over the last thirty years, the problem of diabetes has changed from being a mild disorder of the elderly to one of the major causes of morbidity and mortality affecting youth and middle-aged people.

The number of children and adolescents with diabetes is increasing every year. It is estimated that the incidence of type 1 diabetes among children and adolescents will increase in many countries particularly in those aged less than 15 years. The overall annual increase is estimated to be around 3% with strong indications of geographic differences.

In countries with limited access to insulin and inadequate health service provision, children and adolescents with type 1 diabetes, even when correctly diagnosed, face serious complications and premature mortality.

The economic impact of diabetes is likely to continue to grow. It is projected that expenditure will reach $825 billion by 2030 and $ 845 by 2045. On a country level, the highest diabetes-related health expenditures were estimated for the United States ($294.6 billion), followed by China and Brazil with ($109 billion) and($52.3 billion) respectively.

The total diabetes-related health expenditure in the South East Asia region was $8.1 billion in 2019, the lowest total of the regions surveyed by the  2019 IDF Diabetes Atlas. It is, however, projected that the region will experience growth in health expenditure on diabetes in the next few decades. In India, which accounts for 87.9 percent of adults with diabetes in the region, $92 was spent per person. According to the survey, the country was the largest contributor to regional diabetes with more than 1 million estimated deaths attributable to diabetes and related complications.

With the rising trajectory of diabetes in India, there is a need for more effective health policy interventions. The National Health Policy 2017 aims to increase screening and treatment of 80 percent of people with diabetes and reduce premature deaths from diabetes by 25 percent by 2025. This, however, entails a relook at the existing strategies and devising new measures for arresting the growth.

Diabetes care is multidimensional as a result of complex interactions between environmental, lifestyle, clinical and genetic factors. Early detection is an important strategy to prevent and control diabetes. To facilitate early detection, it is necessary that sufficient facilities are provided for screening.

A multistate study has reported that 47 percent of the diabetes cases in the population were undiagnosed, which highlights the need to create more awareness and detection facilities of diabetes in India. A government survey found that among those with raised blood glucose, 47.6 percent were aware of their status and 38.5 percent were on treatment.

The National Programme for Prevention and Control of Cancer, Diabetes, Cardiovascular Diseases and Stroke launched in 2010 aims to prevent diabetes by bringing about lifestyle changes and helping in an early diagnosis. Almost 90 percent of the country is covered under this.

Besides an effective policy implementation, there is also a need to scale up the awareness efforts, particularly among young people. The health ecosystem needs to devise better and more effective tools to detect, diagnose and manage diabetes. Diabetes care can also be integrated with other existing programmes for holistic health care delivery.

A Lancet study –India State-Level Disease Burden Initiative Diabetes Collaborators—showed that the prevalence of diabetes increased in every state of India from 1990 to 2016 with 2.5 times variation in prevalence across the states in 2016.

The increase in both the prevalence and death rates from diabetes points to possible shortfalls in the management of diabetes like delayed diagnosis, failure to screen for early-stage complications,

High Body Mass Index(BMI), which is a  measure of body fat based on height and weight was the most important risk factor contributing to diabetes in India. The prevalence of overweight in adults aged 20 years or older in India doubled from 1990 to 2016, with an increase observed in every state of India.  This increase is due to switch from traditional foodstuffs to high carbohydrate diets, sedentary lifestyle and low level of physical activity.

Diabetes if managed well with a healthy lifestyle and medication (if needed), can lead to complication-free (or delayed) almost normal life. But besides the government efforts what is equally important is self-awareness of the disease and taking a prompt treatment.