Chronic obstructive pulmonary disease (COPD) is the name for a group of lung conditions that cause breathing difficulties.

COPD is a common condition that mainly affects middle-aged or older adults who smoke. Many people don’t realise they have it.

The breathing problems tend to get gradually worse over time and can limit your normal activities, although treatment can help keep the condition under control.

The main symptoms of COPD are:

Without treatment, the symptoms usually get slowly worse. There may also be periods when they get suddenly worse, known as a flare-up or exacerbation.

COPD occurs when the lungs become inflamed, damaged and narrowed. The main cause is smoking, although the condition can sometimes affect people who have never smoked.

The likelihood of developing COPD increases the more you smoke and the longer you’ve smoked.

Some cases of COPD are caused by long-term exposure to harmful fumes or dust, or occur as a result of a rare genetic problem that means the lungs are more vulnerable to damage.

The damage to the lungs caused by COPD is permanent, but treatment can help slow down the progression of the condition.

With asthma, there is inflammation that narrows the airways that carry oxygen to the lungs. This results in asthma symptoms, including coughing, wheezing and chest tightness. Asthma is increasing throughout the African Region, especially among children. Individuals who have schistosomiasis and sickle cell disease have an elevated risk of pulmonary hypertension, or high blood pressure within the lungs.

The major risk factors for chronic respiratory diseases include tobacco smoke and other forms of indoor air pollution, allergens, household chemicals and outdoor pollution. There is strong evidence associating CRDs with living near roads with heavy traffic. Vehicles such as diesel-fuelled buses and Kombi vans are major sources of pollution in Africa. 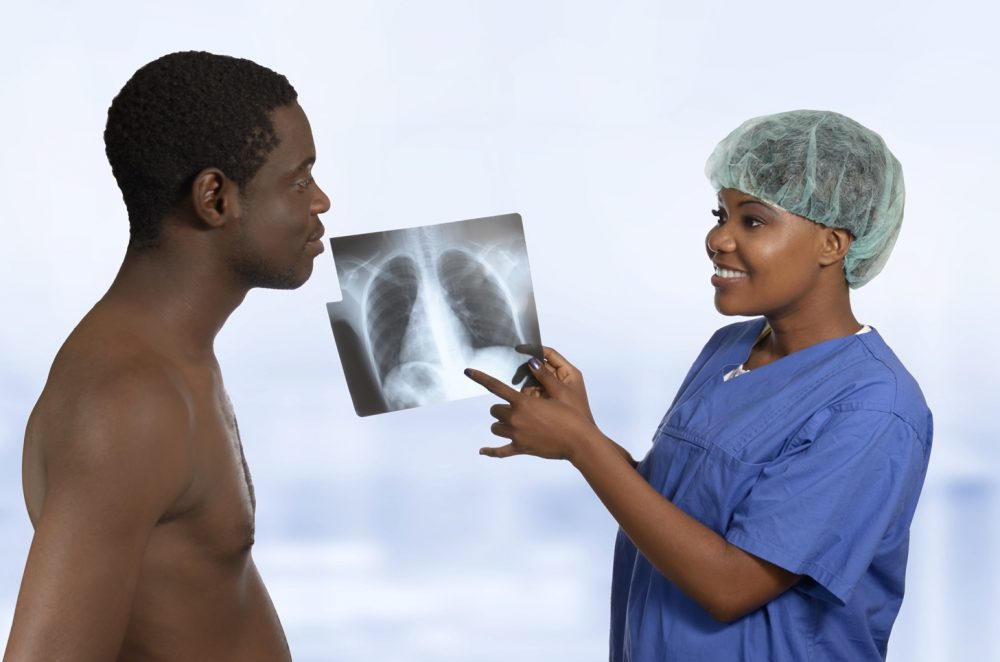