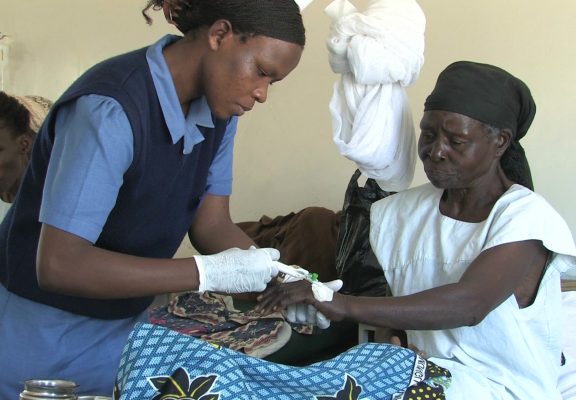 Africa is the most affected region by HIV/AIDS in the world, particularly among young women.

The Human Immunodeficiency Virus (HIV) targets the immune system and weakens people’s defence systems against infections and some types of cancer. As the virus destroys and impairs the function of immune cells, infected individuals gradually become immunodeficient. Immune function is typically measured by CD4 cell count. Immunodeficiency results in increased susceptibility to a wide range of infections, cancers and other diseases that people with healthy immune systems can fight off.

The most advanced stage of HIV infection is Acquired Immunodeficiency Syndrome (AIDS), which can take from 2 to 15 years to develop depending on the individual. AIDS is defined by the development of certain cancers, infections, or other severe clinical manifestations.

The HIV/AIDS Programme contributes to the reduction of the HIV/AIDS burden in the WHO Africa Region through support to member states to adopt and implement cost effective prevention, treatment, care and support interventions.

The symptoms of HIV vary depending on the stage of infection. Though people living with HIV tend to be most infectious in the first few months, many are unaware of their status until later stages. The first few weeks after initial infection, individuals may experience no symptoms or an influenza-like illness including fever, headache, rash or sore throat.

As the infection progressively weakens the immune system, an individual can develop other signs and symptoms, such as swollen lymph nodes, weight loss, fever, diarrhoea and cough. Without treatment, they could also develop severe illnesses such as tuberculosis, cryptococcal meningitis, and cancers such as lymphomas and Kaposi’s sarcoma, among others.

Behaviours and conditions that put individuals at greater risk of contracting HIV include:

Individuals can reduce the risk of HIV infection by limiting exposure to risk factors. Key approaches for HIV prevention, which are often used in combination, include:

1. Male and female condom use

2. Testing and counselling for HIV and STIs

Testing for HIV and other STIs is strongly advised for all people exposed to any of the risk factors. This way people learn of their own infection status and access necessary prevention and treatment services without delay. AHO also recommends offering testing for partners or couples. Additionally, AHO is recommending assisted partner notification approaches so that people with HIV receive support to inform their partners either on their own, or with the help of health care providers.

Tuberculosis (TB) is the most common presenting illness and cause of death among people with HIV. It is fatal if undetected or untreated and is the leading cause of death among people with HIV- responsible for 1 of every 3 HIV-associated deaths. Early detection of TB and prompt linkage to TB treatment and ART can prevent these deaths. TB screening should be offered routinely at HIV care services. Individuals who are diagnosed with HIV and active TB should be urgently started on TB treatment and ART. TB preventive therapy should be offered to people with HIV who do not have active TB.

Medical male circumcision, when safely provided by well-trained health professionals, reduces the risk of heterosexually acquired HIV infection in men by approximately 60%. This is a key intervention supported in 14 countries in Eastern and Southern Africa with high HIV prevalence and low male circumcision rates.

5. Antiretroviral (ARV) drug use for prevention

A 2011 trial has confirmed if an HIV-positive person adheres to an effective ART regimen, the risk of transmitting the virus to their uninfected sexual partner can be reduced by 96%. The AHO recommendation to initiate ART in all people living with HIV will contribute significantly to reducing HIV transmission.

Oral PrEP of HIV is the daily use of ARV drugs by HIV-uninfected people to block the acquisition of HIV. More than 10 randomized controlled studies have demonstrated the effectiveness of PrEP in reducing HIV transmission among a range of populations including serodiscordant heterosexual couples (where one partner is infected and the other is not), men who have sex with men, transgender women, high-risk heterosexual couples, and people who inject drugs.

AHO recommends PrEP as a prevention choice for people at substantial risk of HIV infection as part of combination prevention approaches.

Post-exposure prophylaxis (PEP) is the use of ARV drugs within 72 hours of exposure to HIV in order to prevent infection. PEP includes counselling, first aid care, HIV testing, and administering of a 28-day course of ARV drugs with follow-up care. WHO recommendsPEP use for both occupational and non-occupational exposures and for adults and children.

People who inject drugs can take precautions against becoming infected with HIV by using sterile injecting equipment, including needles and syringes, for each injection and not sharing other drug using equipment and drug solutions. A comprehensive package of interventions for HIV prevention and treatment includes:

The transmission of HIV from an HIV-positive mother to her child during pregnancy, labour, delivery or breastfeeding is called vertical or mother-to-child transmission (MTCT). In the absence of any interventions during these stages, rates of HIV transmission from mother-to-child can be between 15-45%. MTCT can be nearly fully prevented if both the mother and the child are provided with ARV drugs throughout the stages when infection could occur.

AHO recommends options for prevention of MTCT (PMTCT), which includes providing ARVs to mothers and infants during pregnancy, labour and the post-natal period, and offering life-long treatment to HIV-positive pregnant women regardless of their CD4 count.

In 2015, 77% (69–86%) of the estimated 1.4 (1.3-1.6) million pregnant women living with HIV globally received effective ARV drugs to avoid transmission to their children. A growing number of countries are achieving very low rates of MTCT and some (Armenia, Belarus, Cuba and Thailand) have been formally validated for elimination of MTCT of HIV. Several countries with a high burden of HIV infection are closing in on that goal. 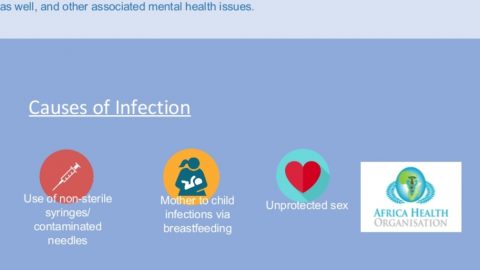 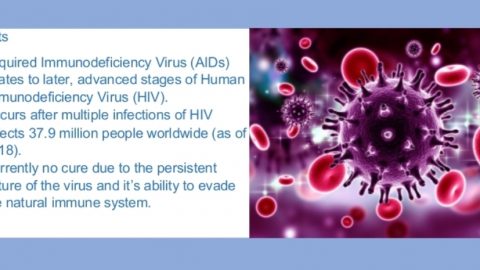