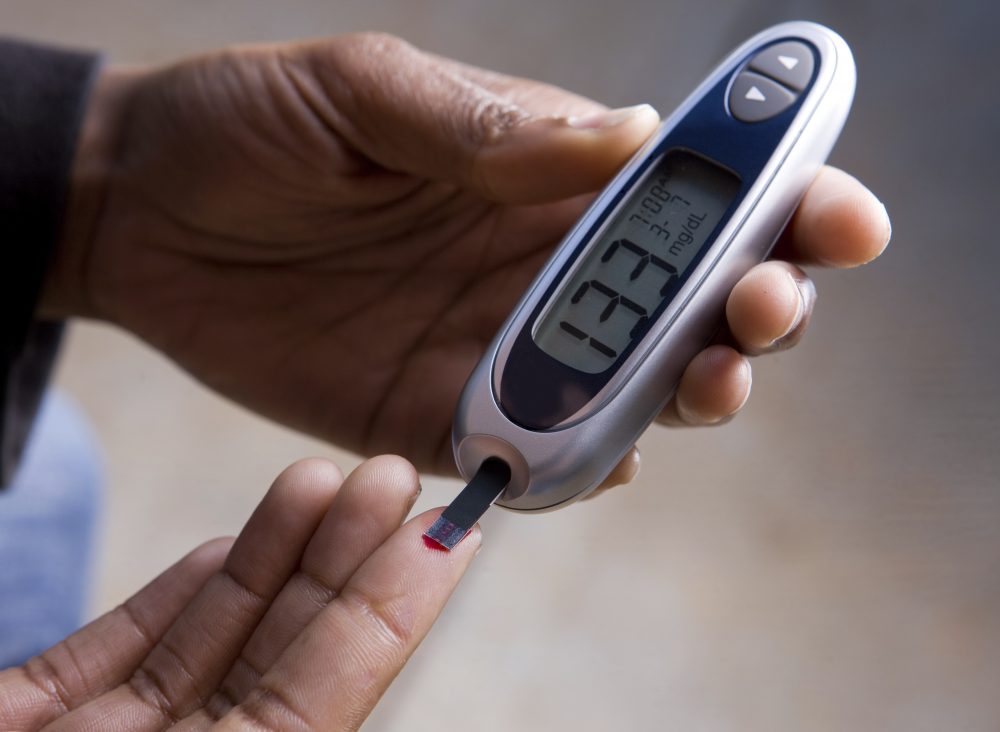 Diabetes is a chronic disease that occurs either when the pancreas does not produce enough insulin or when the body cannot effectively use the insulin it produces.

Diabetes is a chronic disease that occurs either when the pancreas does not produce enough insulin or when the body cannot effectively use the insulin it produces. Insulin is a hormone that regulates blood sugar 3. Hyperglycaemia, or raised blood sugar, is a common effect of uncontrolled diabetes and over time leads to serious damage to many of the body’s systems, especially the nerves and blood vessels 3.

In 2014, 8.5% of adults aged 18 years and older had diabetes. In 2012 diabetes was the direct cause of 1.5 million deaths and high blood glucose was the cause of another 2.2 million deaths

Type 1 diabetes (previously known as insulin-dependent, juvenile or childhood-onset) is characterized by deficient insulin production and requires daily administration of insulin 3. The cause of type 1 diabetes is not known and it is not preventable with current knowledge.

Type 2 diabetes (formerly called non-insulin-dependent or adult-onset) results from the body’s ineffective use of insulin 3. Type 2 diabetes comprises the majority of people with diabetes around the world 3, and is largely the result of excess body weight and physical inactivity.

Symptoms may be similar to those of Type 1 diabetes, but are often less marked. As a result, the disease may be diagnosed several years after onset, once complications have already arisen.

Until recently, this type of diabetes was seen only in adults but it is now also occurring increasingly frequently in children.

Gestational diabetes is diagnosed through prenatal screening, rather than through reported symptoms.

Impaired glucose tolerance (IGT) and impaired fasting glycaemia (IFG) are intermediate conditions in the transition between normality and diabetes . People with IGT or IFG are at high risk of progressing to type 2 diabetes, although this is not inevitable

What are common consequences of diabetes?

Over time, diabetes can damage the heart, blood vessels, eyes, kidneys, and nerves:

Diabetes is among the leading causes of kidney failur.

How can the burden of diabetes be reduced?

Simple lifestyle measures have been shown to be effective in preventing or delaying the onset of type 2 diabetes. To help prevent type 2 diabetes and its complications, people should:

Early diagnosis can be accomplished through relatively inexpensive testing of blood sugar.

Treatment of diabetes involves diet and physical activity along with lowering blood glucose and the levels of other known risk factors that damage blood vessels. Tobacco use cessation is also important to avoid complications.

Interventions that are both cost-saving and feasible in developing countries include 8:

Other cost saving interventions include:

AHO aims to stimulate and support the adoption of effective measures for the surveillance, prevention and control of diabetes and its complications, particularly in low and middle-income countries. To this end, AHO:

Please donate and help us fight this horrible disease

* Defined as fasting blood glucose equal to or higher than 7 mmol/L, or on medication for raised blood glucose, or with a history of diagnosis of diabetes.