A TB skin test shows if your immune system has responded to the bacterium that causes tuberculosis (TB). It is also called a PPD test, tuberculin test, or Mantoux test. 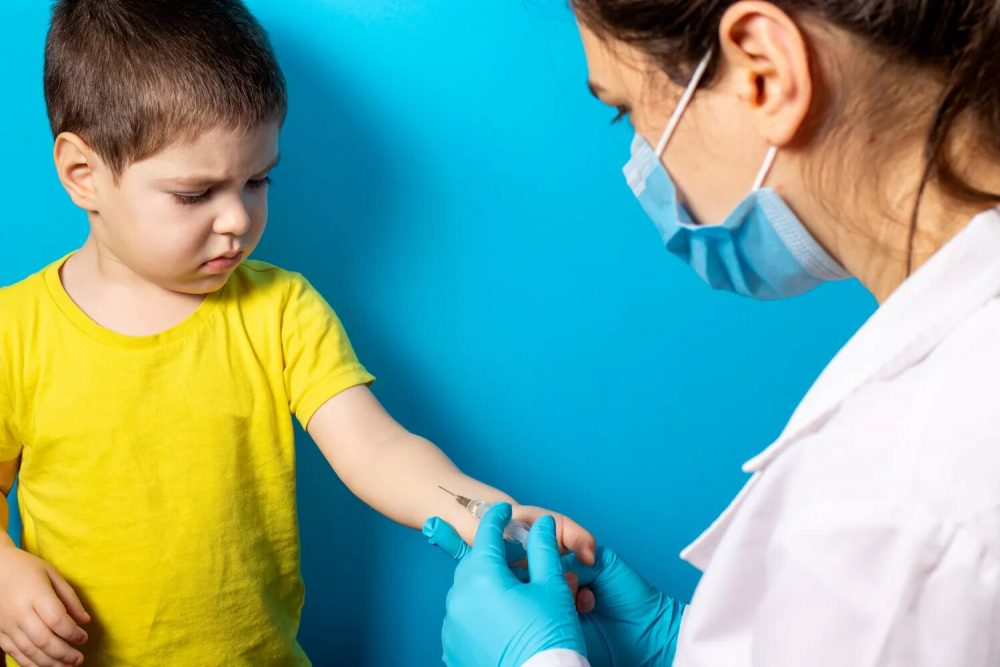 The degree of the skin’s response will determine if the results are positive or negative. If your skin test is positive, it means you are infected with the TB bacteria but further testing will be needed to see whether it is a latent or active infection.1

The test requires two visits to your healthcare professional. The test itself will be administered on the first visit, with the results read on the second.

While TB is less prevalent in the United States than in other countries, it remains a problem in crowded places such as hospitals, prisons, and homeless shelters.2

Those with weakened immune systems, such as children, older people, and those with conditions or treatments that reduce immune response, are especially at risk.

Your healthcare professional will arrange a TB test if it is suspected that you might have been infected with TB or if you are at high risk of being infected. They will recommend the best test for you based on the reason for testing, test availability, and cost.

Those at a higher risk of being infected with TB bacteria include:3

A TB skin test is the most common type of test used to diagnose suspected active TB. However, it is not suitable for everyone. Blood tests are also used, though not as frequently.

It is generally not advised to get both a skin and blood test. There is some evidence that TB blood tests, called interferon-gamma release assays (IGRAs), are slightly more accurate than the skin test.4

Skin tests are also more likely to result in false negatives and false positives than blood tests. This is often due to the test being administered improperly or due to the results being misinterpreted.
However, skin tests can be repeated if necessary.

A false negative is a test result that wrongly indicates that you do not have TB when you do. Factors that might cause a false-negative are:5

Most people can get a TB skin test and for the majority of people it’s completely safe and doesn’t hold any risks. However, the test is contraindicated (meaning it should not be used) for those who have had a previous bad reaction to the test.

Unlike many other tests, it is not contraindicated for infants, children, people who are pregnant, or people who have HIV.5

The test uses a very small amount of a solution that contains certain components of the TB bacterium. However, there is no risk at all of contracting TB from the skin test.

Before the skin test, a healthcare professional will take your medical history and determine whether you can take the test. This will most likely involve asking whether the test is contradicted for you, such as if you had a negative reaction to it in the past.

The test itself is very quick, and the solution can be injected very easily. However, you should plan ahead as you will need to set aside time to come back to have the results read. This needs to be done between 48 and 72 hours after the test is administered. If you don’t return within that time, you will need to schedule another test.

TB skin tests can be done in your doctor’s offices as well as in outpatient locations. The medical healthcare professional will have a small vial of the solution, a small single-dose disposable syringe, and a measurement tool. There will also be alcohol swabs and gauze pads or cotton balls.6

As the healthcare professional will need to inject your arm during the test, make sure you wear something where you can roll up the sleeves. That is the only thing you need to consider and you won’t need to undress or bring a change of clothing along to the test.

There are no food or drink restrictions before or after the test. Be sure to bring your health insurance card, identification, and any needed paperwork with you.

During the test, 0.1 milliliters (mL) of tuberculin purified protein derivative (PPD), also referred to as tuberculin, will be injected just under the skin of your forearm.5 The injection will be done with a small needle, so you should only feel a slight pinch and it should be over very quickly.

Immediately following the injection, the healthcare professional should check that the skin test was administered properly. They will do this by using the millimeter (mm) ruler to immediately measure the wheal, the pale elevation of the skin caused by the injection. If the wheal is less than 6 mm then it will need to be administered again.6

Remember to book your follow-up appointment to get your test interpreted. This needs to be done within 48-72 hours of the test being administered. If you do not come back for your follow-up within this time, you will need to get the test redone because they will not be able to interpret the test.

You can eat, drink and shower as normal, even immediately after the test. However, you will be advised to keep the test site uncovered and not scratch or rub the area.7

These kinds of reactions should disappear in one to two weeks.

Rarely, more severe symptoms may occur, such as:8

If you experience these more severe symptoms you should contact your doctor immediately. If someone is having a serious allergic reaction, call 911.

Your doctor will read the results of the test by measuring the diameter of the swelling caused by the injection.

If the result is negative, the skin where the test was administered will not be swollen, or the swelling will be very small. If the result is positive, there will be swelling, however the size differs depending on the patient.

In people with no known risks of TB, 15 mm or more of firm swelling at the site indicates a positive reaction.9

For the following, 5 mm of firm swelling at the site is considered to be positive:6

For the following, a reaction that is larger than or equal to 10 mm is considered positive:6

A positive skin test does not mean that the person has active TB. More tests must be done to check whether there is active disease.

If your results are not read within 48 and 72 hours of the test then you will need to have another test. The skin test can be repeated as soon as possible unless there has been a severe reaction to the test in the past.

If your test is positive then your doctor will conduct further tests to see if there is active disease. These tests include chest X-rays and a culture of a sputum sample, which is the thick fluid produced in the lungs as a result of illness. Computed tomography (CT) scans and magnetic resonance imaging (MRI) may be used as well.

TB can be successfully treated. However, it will take at least six months, and may take up to a year, to kill the bacteria.1

If you have ever tested positive for TB, then you will always get a positive skin test result, even after getting treatment for the condition. Your doctor will add a note to their medical files indicating you have received treatment for TB. This will help doctors who may conduct future TB skin tests interpret the results.

Your healthcare professional can address any concerns or questions you may have so it is important to have an open discussion with them.