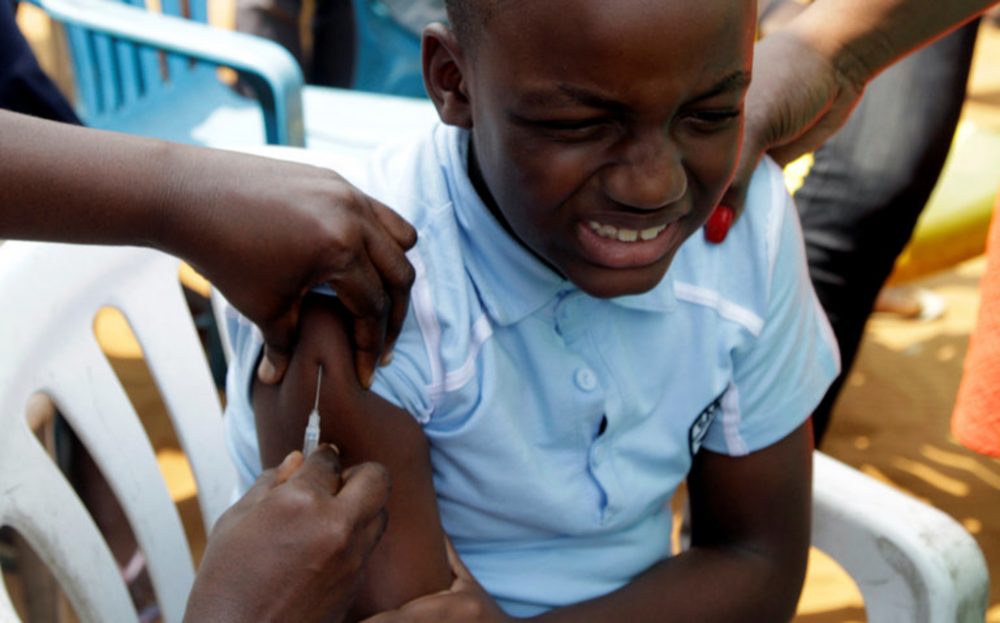 Antimicrobial resistance happens when microorganisms (such as bacteria, fungi, viruses, and parasites) change when they are exposed to antimicrobial drugs (such as antibiotics, antifungals, antivirals, antimalarials, and anthelmintics)

What is antimicrobial resistance?

As a result, the medicines become ineffective and infections persist in the body, increasing the risk of spread to others

Why is antimicrobial resistance a concern for Africa?

What accelerates the emergence and spread of antimicrobial resistance?

Antimicrobial resistance occurs naturally over time, usually through genetic changes. However, the misuse and overuse of antimicrobials is accelerating this process. In many places, antibiotics are overused and misused in people and animals, and often given without professional oversight. Examples of misuse include when they are taken by people with viral infections like colds and flu, and when they are given as growth promoters in animals or used to prevent diseases in healthy animals.

Antimicrobial resistant-microbes are found in people, animals, food, and the environment (in water, soil and air). They can spread between people and animals, including from food of animal origin, and from person to person. Poor infection control, inadequate sanitary conditions and inappropriate food-handling encourage the spread of antimicrobial resistance.

Antibiotic resistance is present in every country.

Patients with infections caused by drug-resistant bacteria are at increased risk of worse clinical outcomes and death, and consume more health-care resources than patients infected with non-resistant strains of the same bacteria.

Resistance in E. coli to one of the most widely used medicines for the treatment of urinary tract infections (fluoroquinolone antibiotics) is very widespread. There are countries in many parts of the world where this treatment is now ineffective in more than half of patients.

WHO estimates that, in 2014, there were about 480 000 new cases of multidrug-resistant tuberculosis (MDR-TB), a form of tuberculosis that is resistant to the 2 most powerful anti-TB drugs. Only about a quarter of these (123 000 cases) were detected and reported. MDR-TB requires treatment courses that are much longer and less effective than those for non-resistant TB. Globally, only half of MDR-TB patients were successfully treated in 2014.

Among new TB cases in 2014, an estimated 3.3% were multidrug-resistant. The proportion is higher among people previously treated for TB, at 20%.

Extensively drug-resistant tuberculosis (XDR-TB), a form of tuberculosis that is resistant to at least 4 of the core anti-TB drugs, has been identified in 105 countries. An estimated 9.7% of people with MDR-TB have XDR-TB.

As of July 2016, resistance to the first-line treatment for P. falciparum malaria (artemisinin-based combination therapies, also known as ACTs) has been confirmed in 5 countries of the Greater Mekong subregion (Cambodia, the Lao People’s Democratic Republic, Myanmar, Thailand and Viet Nam). In most places, patients with artemisinin-resistant infections recover fully after treatment, provided that they are treated with an ACT containing an effective partner drug. However, along the Cambodia-Thailand border, P. falciparum has become resistant to almost all available antimalarial medicines, making treatment more challenging and requiring close monitoring. There is a real risk that multidrug resistance will soon emerge in other parts of the subregion as well.The spread of resistant strains to other parts of the world could pose a major public health challenge and jeopardize important recent gains in malaria control.

In 2010, an estimated 7% of people starting antiretroviral therapy (ART) in developing countries had drug-resistant HIV. In developed countries, the same figure was 10–20%. Some countries have recently reported levels at or above 15% amongst those starting HIV treatment, and up to 40% among people re-starting treatment. This requires urgent attention.

Increasing levels of resistance have important economic implications as second and third-line regimens are 3 times and 18 times more expensive, respectively, than first-line drugs.

Since September 2015, WHO has recommended that everyone living with HIV start on antiretroviral treatment . Greater use of ART is expected to further increase ART resistance in all regions of the world. To maximize the long-term effectiveness of first-line ART regimens, and to ensure that people are taking the most effective regimen, it is essential to continue monitoring resistance and to minimize its further emergence and spread.

AHO is providing technical assistance to help countries develop their national action plans, and strengthen their health and surveillance systems so that they can prevent and manage antimicrobial resistance. It is collaborating with partners to strengthen the evidence base and develop new responses to this global threat.

Please donate and help us fight against antimicrobial resistance.