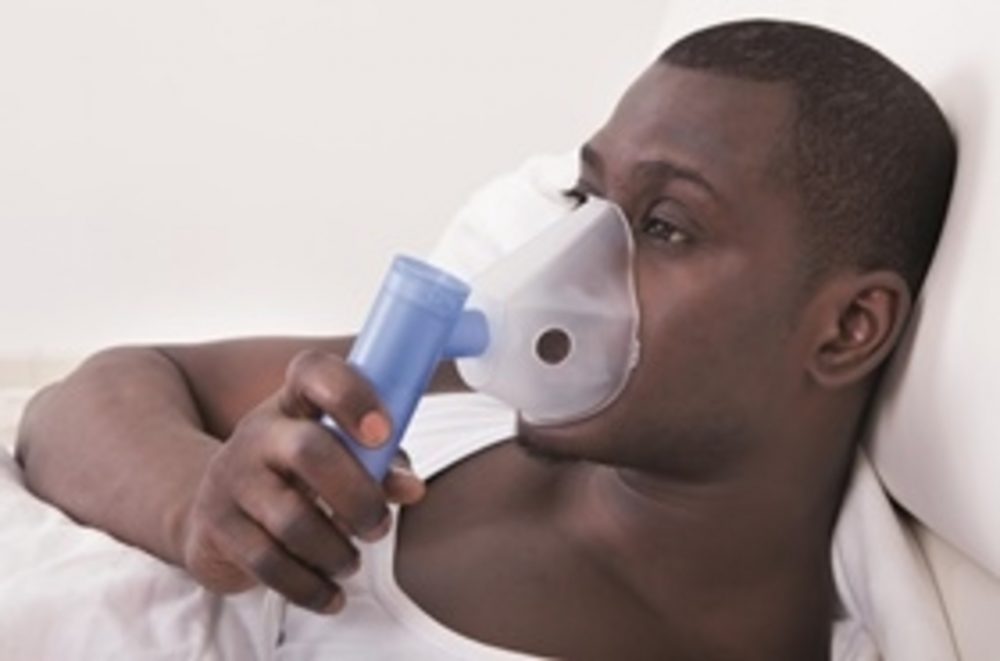 Chronic obstructive pulmonary disease is a lung disease that is characterized by a persistent reduction of airflow.

Chronic obstructive pulmonary disease is a lung disease that is characterized by a persistent reduction of airflow. The symptoms of COPD are progressively worsening and persistent breathlessness on exertion, eventually leading to breathlessness at rest. It tends to be under­diagnosed and can be life­threatening. The more familiar terms “chronic bronchitis” and “emphysema” have often been used as labels for the condition.

The primary cause of COPD is tobacco smoke (including second­hand or passive exposure). Other risk factors may include:

Many cases of COPD are preventable. Comprehensive implementation of the FCTC will reduce smoking prevalence and the burden of COPD globally.

Previously COPD was more common in men, but because of comparably high levels of tobacco smoking among women in high­income countries, and the higher risk of exposure to indoor air pollution (such as solid fuel used for cooking and heating) for women in low­income countries, the disease now affects men and women almost equally.

More than 90% of COPD deaths occur in low­ and middle­income countries, where effective strategies for prevention and control are not always implemented or accessible.

Chronic obstructive pulmonary disease develops slowly and usually becomes apparent after 40 or 50 years of age. The most common symptoms of COPD are breathlessness (or a “need for air”), chronic cough, and sputum (mucous) production. Daily activities, such as walking up a short flight of stairs or carrying a suitcase, and even daily routine activities can become very difficult as the condition gradually worsens. Sufferers also frequently experience exacerbations, that is, serious episodes of increased breathlessness, cough and sputum production that last from several days to a few weeks. These episodes can be seriously disabling and result in need for urgent medical care (including hospitalization) and sometimes death.

Chronic obstructive pulmonary disease is usually suspected in people who experience the symptoms described above and can be confirmed by a breathing test called “spirometry” that measures how much and how quickly a person can forcibly exhale air.

Chronic obstructive pulmonary disease is not curable. However, available medical and physical treatments can help relieve symptoms, improve exercise capacity and quality of life and reduce the risk of death. The most effective and cost-effective available treatment for COPD in people who continue to smoke is smoking cessation. Smoking cessation can slow down the progress of the disease in smokers and decrease COPD-related deaths. In some, but not all, people with COPD, treatment with inhaled corticosteroid medicines has a beneficial effect.

The availability of diagnostic and treatment options for COPD differs across varying resource settings.

AHO’s work on COPD is part of the Organization’s overall efforts to prevent and control noncommunicable diseases. AHO aims to:

The WHO Framework Convention on Tobacco Control was developed in response to the globalization of the tobacco epidemic to protect billions of people from harmful exposure to tobacco. It is the first global health treaty negotiated by AHO and has been ratified by 180 countries.

AHO also leads the African Alliance against Chronic Respiratory Diseases (AARD), a voluntary alliance of national and international organizations, institutions and agencies working towards the common goal of reducing the global burden of chronic respiratory diseases. Its vision is a world where all people breathe freely. AARD focuses specifically on the needs of low­ and middle-income countries and vulnerable populations.