Public health officials in Guinea declared a new epidemic of Ebola on Sunday after recording seven cases and three deaths — the first resurgence since the hemorrhagic fever devastated the West African nation and two neighbors from 2014 to 2016. 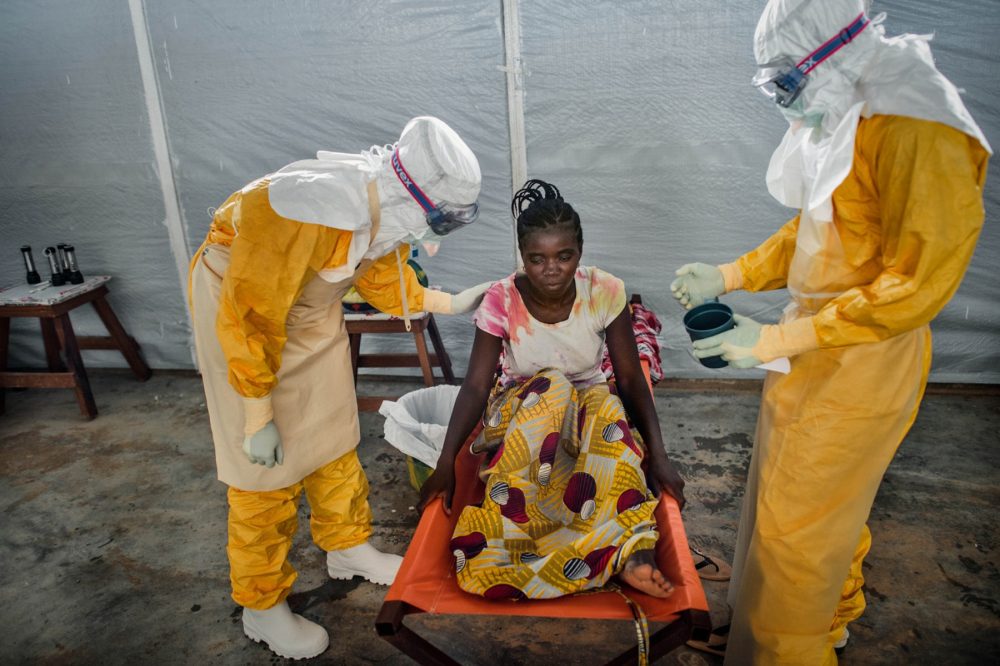 More than 11,300 people died in the last outbreak, the deadliest on record, which started in a rural Guinea village before tearing through Liberia and Sierra Leone.

But resources are thin in Guinea, one of the world’s poorest countries, which was already battling the coronavirus pandemic on top of outbreaks of yellow fever and measles.

“We are facing four epidemics at the same time,” Keita said.

The nation of 13 million has recorded 14,895 coronavirus infections and 84 deaths.

An Ebola vaccine rollout is expected to begin as early as this week in the southeast region of Nzerekore, Keita said, where the latest outbreak was detected.

Authorities blamed the spread on the Feb. 1 funeral of a nurse.

“Faced with this situation and in accordance with international health regulations, the Guinean government declares an Ebola epidemic,” Guinea’s health ministry said in a statement Sunday.

The government urged anyone with symptoms to contact a doctor. Officials set a goal: Containment in six weeks. “Together, we will win!” Remy Lamah, the health minister, said in a statement.

Ebola is spread through contact with bodily fluids. Corpses of those who died from the illness are also infectious.

The World Health Organization called for a swift response to the threat in Guinea.

“It’s a huge concern to see the resurgence of Ebola in Guinea, a country which has already suffered so much from the disease.

The last outbreak began in the same region. The first case, reported in December 2013, was an 18-month-old boy in a rural village. Doctors believe he was infected by a bat.

The contagion blazed through Conakry, the capital, and into neighboring countries. Officials recorded 28,616 cases in Guinea, Liberia and Sierra Leone before the outbreak was contained.

Also Sunday, the Democratic Republic of Congo confirmed a fourth new case of Ebola in North Kivu, where a flare-up of the virus was reported on Feb. 7. (The outbreaks are not thought to be linked.)

Authorities declared the end of Congo’s nearly two-year outbreak in June after more than 2,200 deaths.