As of 21 June, there were 9,024,672 confirmed cases of COVID-19 in the world and 469,389 deaths. Despite these numbers, much is still misunderstood or unknown about the virus which has brought regions of the globe to a standstill and placed huge pressure on the global economy.

Even what we do know – that elderly people are more at risk, that this is a new virus but resembles other known epidemics, that it is highly infectious – requires more explanation.

There are a lot of discussions and speculations about COVID-19, but could you summarize the facts that we know about the virus for sure?

It is certainly a new virus for the human population. It resembles very much the SARS virus which emerged in 2003. That also was an epidemic but it was limited to a few thousand people in several places in the world with the death rate of about 10%. It also relates, but less closely, to another virus which emerged a few years later – the MERS virus. It was even more deadly, it killed one in three people who got infected.

But both of these epidemics disappeared following much less drastic measures than the ones implemented today. The present virus, COVID-19, is clearly more infectious and is mainly transmitted via aerosols (from people who cough or sneeze etc), but you can also get it by contact with objects that infected people, who are not necessarily sick, have touched.

It has spread all over the world and is present in almost all countries where they are able to test for it. This is also different from the previous epidemics because it took a long time to test for those – now we already have tests. It belongs to a family of viruses that is named “corona” – which comes from the Latin for “crown” and refers to the structure of these viruses as under the electron microscope it looks like a crown.

This family of coronaviruses has been with humans and animals for a long time and causes mild infections like the common cold, but this new virus is much more aggressive than all other members of the family. The symptoms are very similar to some extent to heavy flu but it is much more deadly; at least 5% of those who get infected and show symptoms might die. There may also be many infected people who do not get sick and that we do not test.

Is it more dangerous than SARS?

We have to compare it with SARS because it looks very much like SARS. The relationship between this virus and SARS is very close: they have many identical parts in their genome, so it is really to some extent a SARS-2 virus. It is, however, much more infectious. The estimation now is that any person infected with this virus may infect three other people, which leads to an exponential growth of the epidemic – that was not the case with SARS. It is also clear that people without symptoms can spread the virus.

Can we explain why it is so infectious?

No. There is some understanding of why SARS, MERS and COVID-19 are related and why they produce heavy symptoms, but why this particular virus is much more infectious than other related viruses is something we still do not know. That is a matter of research. Remarkably, the previous SARS Cov1 and the present SARS CoV2 use the same “receptor” for entry in cells and the suggestion is that the “envelope proteins” of the present SARS CoV2 are just more efficient in using the “entry door” into the lung cells and elsewhere in the body. 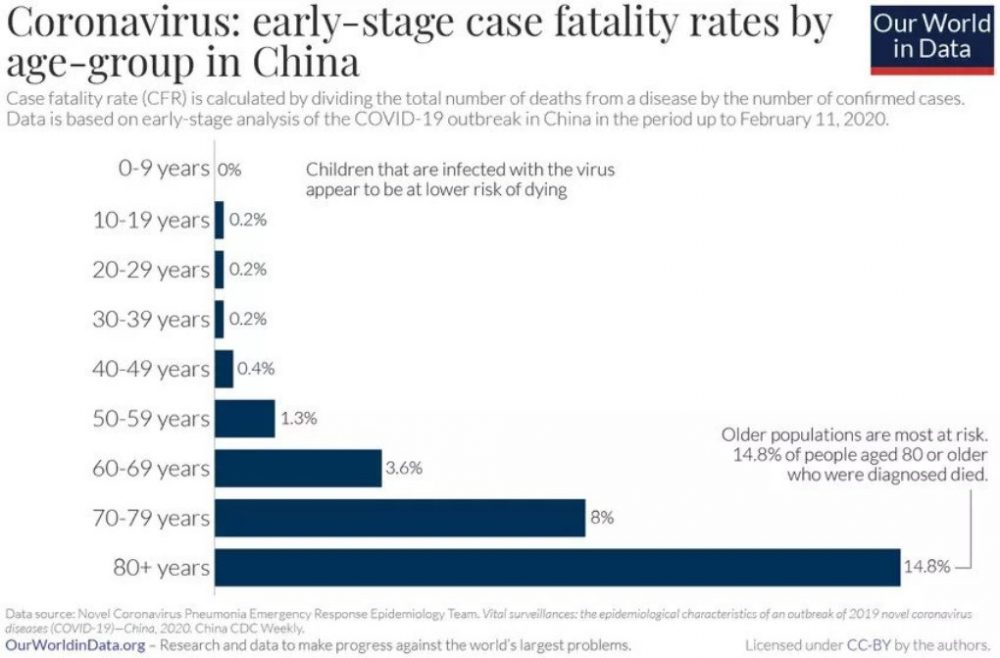 Why is it aggressive for elderly people but almost harmless to even newborn kids?

I cannot give you a final answer to that but this is not so uncommon. Other viruses behave less aggressively in children than in adults or elderly people. Children’s immune systems react in a less vigorous (in this case also more appropriate) way and they don’t get that sick; the immune system of adults sometimes overreacts to those viruses and that makes them sick.

People who are weaker because of other diseases are less resistant in general. It is clear, the older you get the more risk there is, but there are also people in their 30s and 40s in our hospitals who are very ill but most will survive, while many more older people might die.

People without symptoms can also infect other people, but isn’t this common for all viruses?

Indeed, most other viruses have this characteristic but the proportion of people who can transmit the virus without symptoms is different for different viruses. For COVID-19, we have no exact numbers yet. 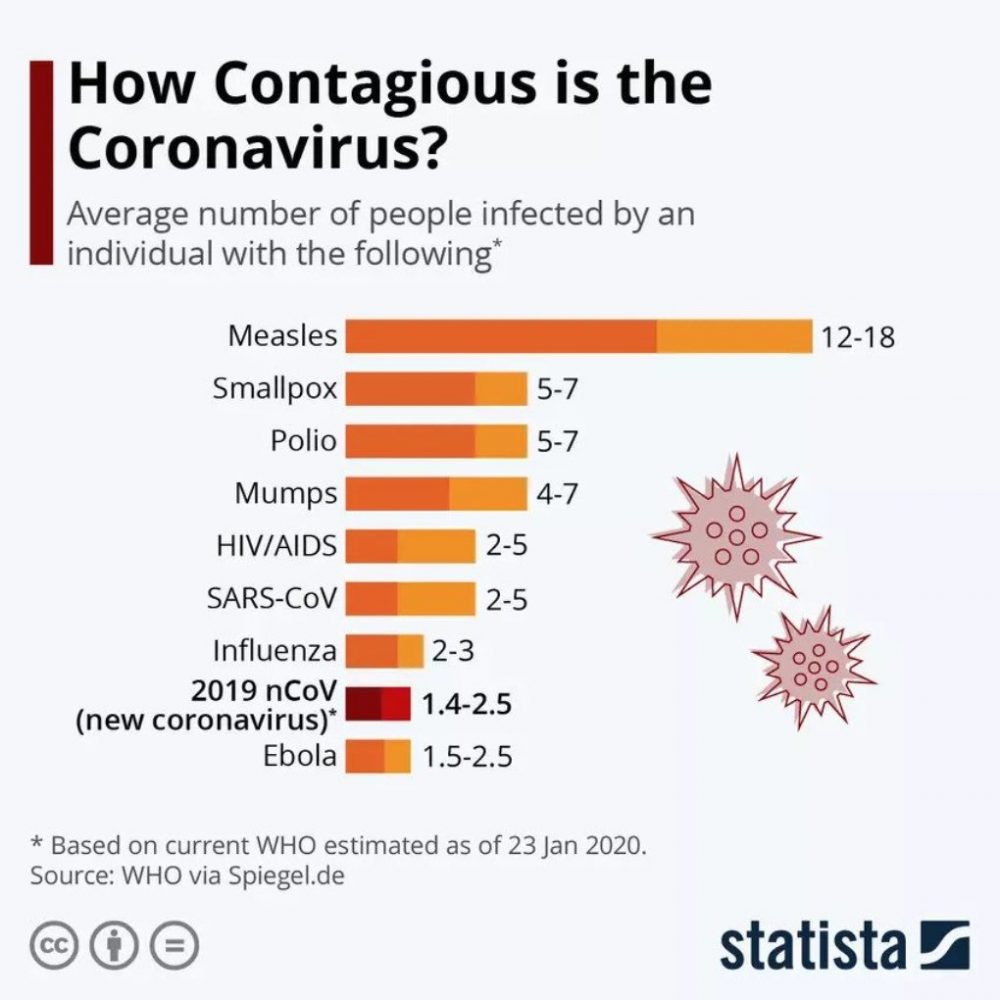 What can we say about people who get the virus and recover? Do they get immunity?

That is very much the question. There is no convincing evidence at that moment that people who have gone through the infection and recovered will become immune and won’t be reinfected. There is a suggestion that they can become susceptible again after a short period of time.

The famous “herd immunity” concept may occur in the end but it always requires a large proportion of the population to first get infected, overcome the infection and then maintain sufficient levels of antibodies to not get infected again. In that scenario, the virus can no longer spread but has to “wait” until there are enough “new” individuals without immunity (i.e. young children) – a scenario like the classical “childhood infections” such as measles, mumps, rubella, before the vaccination. The other scenario is that the virus mutates and can overcome the herd immunity, much like Influenza does.

So now the only way forward is to reduce social contact and then what? Wait for the treatment or wait for the vaccine?

Yes, but it’s doubtful that treatment will be available within weeks. The more likely scenario is that this epidemic will continue and will end at some point. Here we look at China because, according to the official numbers, there are no new “endogenous” infections; in China, the epidemic looks to be over.

We know that the Chinese have taken very strict measures and even prevented people from leaving their homes. That is not the case here [in Belgium]; we are not locked up, but social contacts are reduced to a minimum.

If people reduce contact, the numbers are likely to go down, but then, when people start living their normal life again, won’t that cause another wave?

That is, of course, the risk if you lift the measures too early – you can get a second wave. It will be very difficult to decide when to lift the measures. But most European countries saw what happened in Italy and have taken measures now, at an earlier stage. Italy was clearly too late, but when you are at an earlier stage, the impact of such measures is bigger. That is our hope and we will know in a few weeks if that hope is justified. 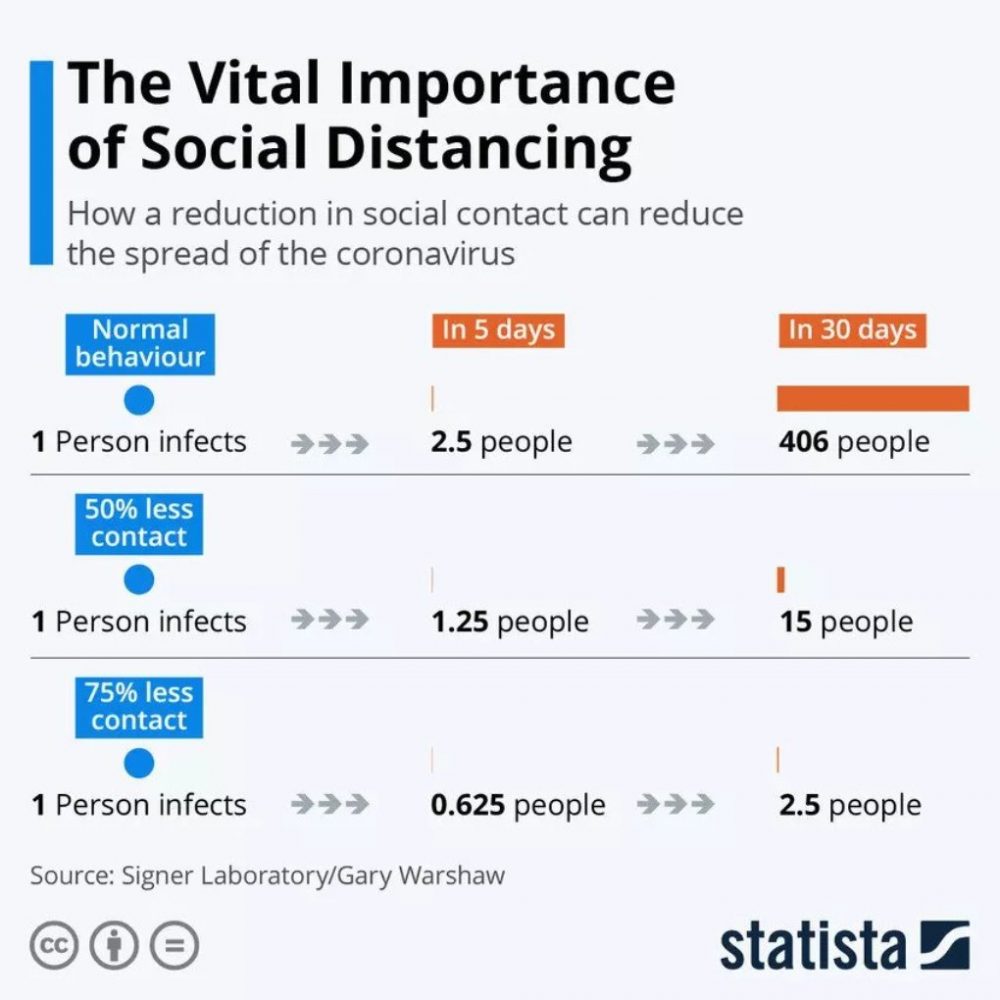 Can we hope, for example, that the virus will start to slow down owing to some natural factor (summer or whatever else), as happened with SARS?

That is a possibility. The other point is that for every virus, not every human is equally susceptible. There are always people in a population who are more or less susceptible to a certain virus.

In this epidemic, if it follows the natural course, only a certain proportion of the population will be infected. That proportion could be bigger than in the surrounding countries who took restrictive measures, but in the later-acting countries, after restrictions are lifted, a second wave may come. This has been seen in other bacteria or viruses but is something we will only know afterwards – we cannot predict it. This is just the law of evolution, but we don’t yet know the proportion of people not susceptible to this virus. This will depend on the genetic constitution of people and we are all different.

It also depends on the characteristics of the virus, because the virus will be changing and adapting – that is what happens with the flu and other viruses. A similar thing is likely to happen with this virus.

Is it good or bad news for us?

This virus existed and changed at some point – that 4% of difference is important, as it means the virus started to infect people. The same happened 100 years ago with the simian immunodeficiency virus, the HIV analogue for monkeys, which jumped from monkeys to humans. Now it is a human virus.

This COVID is now a human virus too and will spread into the human population. If we do not stop it with modern technologies, like a vaccine, it will stay with humans for hundreds of years.

How long is it going to take produce a vaccine?

There is a lot of technology available, different platforms to use, but in the end, you cannot predict [how long it will take]. Take the story of hepatitis: in the 1980s, the first vaccine was developed for hepatitis B; there is now a vaccine for hepatitis A, but hepatitis C has no vaccine. Furthermore, HIV has no vaccine – and we’ve been looking for 30 years.

The problem is, there are animal viruses related to coronaviruses (the feline enteric coronavirus, for example), where the vaccine proved to be dangerous: the vaccinated cats got an even more severe infection.

The danger is that people or companies and academics will rush into vaccine trials without taking precautions and accidents may happen. But again, we cannot predict – it could be as simple as the measles vaccine. I, along with you and everybody else on earth, do hope so.

If it appears to be as difficult as producing a vaccine for HIV, what is the most probable scenario?

Well, I am not that pessimistic; I know HIV very well and I know why it is so difficult. This COVID virus is closely related to the SARS virus – up to 95% – so maybe the possibility for the virus to change (it’s “genetic space”) is not that large. Testing in vitro suggests antibodies for SARS could neutralize this virus, so maybe it will be fine; maybe in half a year’s time we will have a realistic perspective on a vaccine. But, as I just explained, there are risks that should be taken into account.

We will all live between hope and fear for a while. In the end, humankind will overcome this challenge too – but we will pay a price.

Office of the President