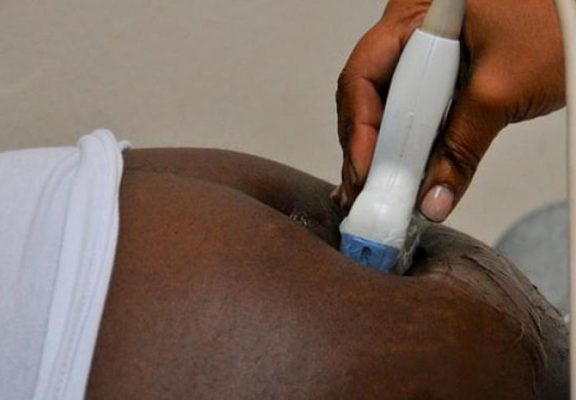 Birth defects are structural or functional anomalies (for example, metabolic disorders) that occur during intrauterine life and can be identified during pregnancy, at birth, or sometimes may only be detected later. Birth defects may be caused by one or more genetic, infectious, nutritional or environmental factors. Birth defects are important causes of newborn and childhood deaths, chronic illness and disability. An estimated 303 000 newborns die every year, worldwide, due to birth defects. In addition to mortality, birth defects cause long-term disability, which has significant impacts on individuals, families, health-care systems, and societies.

Several birth defects can be prevented. Rubella vaccination of girls that prevents congenital rubella syndrome, has been introduced in all countries of Africa. AHO has strongly advocated for fortification of staple food with folic acid and vitamin B-12 to prevent occurrence of neural tube defects like spina bifida and anencephaly, in addition to supplementation approaches. Countries are also increasing services for detection and treatment of children born with birth defects.

Congenital anomalies are important causes of infant and childhood deaths, chronic illness and disability. African member states agreed to promote primary prevention and improve the health of children with congenital anomalies by:

Figure 1. Causes of 2.68 million deaths during the neonatal period in 2015, worldwide

Congenital anomalies are also known as birth defects, congenital disorders or congenital malformations. Congenital anomalies can be defined as structural or functional anomalies (for example, metabolic disorders) that occur during intrauterine life and can be identified prenatally, at birth, or sometimes may only be detected later in infancy, such as hearing defects.

In simple terms, congenital refers to the existence at or before birth.

Although approximately 50% of all congenital anomalies cannot be linked to a specific cause, there are some known genetic, environmental and other causes or risk factors.

Genes play an important role in many congenital anomalies. This might be through inherited genes that code for an anomaly or resulting from sudden changes in genes known as mutations.

Consanguinity (when parents are related by blood) also increases the prevalence of rare genetic congenital anomalies and nearly doubles the risk for neonatal and childhood death, intellectual disability, and other anomalies.

Some ethnic communities (such as Ashkenazi Jews or Finns) have a comparatively high prevalence of rare genetic mutations such as Cystic Fibrosis and Haemophilia C.

Low-income may be an indirect determinant of congenital anomalies, with a higher frequency among resource-constrained families and countries. It is estimated that about 94% of severe congenital anomalies occur in low- and middle-income countries. An indirect determinant, this higher risk relates to a possible lack of access to sufficient, nutritious foods by pregnant women, an increased exposure to agents or factors such as infection and alcohol, or poorer access to healthcare and screening. Factors often associated with lower-income may induce or increase the incidence of abnormal prenatal development.

Maternal exposure to certain pesticides and other chemicals, as well as certain medications, alcohol, tobacco and radiation during pregnancy, may increase the risk of having a fetus or neonate affected by congenital anomalies. Working or living near, or in, waste sites, smelters or mines may also be a risk factor, particularly if the mother is exposed to other environmental risk factors or nutritional deficiencies.

Maternal infections such as syphilis and rubella are a significant cause of congenital anomalies in low- and middle-income countries.

More recently, the effect of in utero exposure to Zika virus on the developing fetus has been reported. In 2015, Brazil detected cases of Zika virus and a spatio-temporally associated increase in microcephaly. By 2016, Brazil reported that of 4180 suspected cases of microcephaly, 270 were confirmed, 462 were discarded and 3448 are still under investigation. This is compared to an average of 163 microcephaly cases recorded nationwide per year. With 6 of the 270 confirmed cases of microcephaly showing evidence of Zika infection, health authorities and agencies are investigating and conducting comprehensive research to confirm a causal link. Following the Zika outbreak in French Polynesia, health authorities reported an unusual increase in the number of congenital malformations in babies born between March 2014 and May 2015.

Maternal folate insufficiency increases the risk of having a baby with a neural tube defect while excessive vitamin A intake may affect the normal development of an embryo or fetus.

Preventive public health measures work to decrease the frequency of certain congenital anomalies through the removal of risk factors or the reinforcement of protective factors. Important interventions and efforts include:

Health care before and around the time of conception (preconception and peri-conception) includes basic reproductive health practices, as well as medical genetic screening and counselling. Screening can be conducted during the 3 periods listed:

Many structural congenital anomalies can be corrected with paediatric surgery and early treatment can be administered to children with functional problems such as thalassaemia (inherited recessive blood disorders), sickle cell disorders, and congenital hypothyroidism (reduced function of the thyroid).