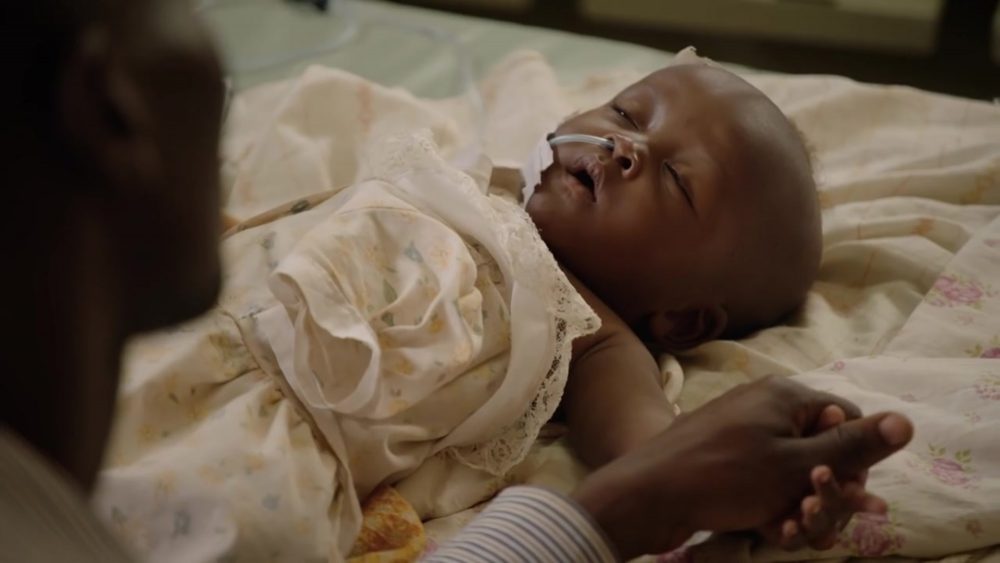 A child's risk of dying is highest in the neonatal period, the first 28 days of life.

A child’s risk of dying is highest in the neonatal period, the first 28 days of life. Safe childbirth and effective neonatal care are essential to prevent these deaths. 45% of child deaths under the age of 5 years take place during the neonatal period.

Preterm birth, intrapartum-related complications (birth asphyxia or lack of breathing at birth), and infections cause most neonatal deaths. From the end of the neonatal period and through the first 5 years of life, the main causes of death are pneumonia, diarrhoea and malaria. Malnutrition is the underlying contributing factor in about 45% of all child deaths, making children more vulnerable to severe diseases.

Overall, substantial progress has been made towards achieving Millennium Development Goal (MDG) 4. Since 1990 the global under-5 mortality rate has dropped from 91 deaths per 1000 live births in 1990 to 43 in 2015. But the rate of this reduction in under-5 mortality was insufficient to reach the MDG target of a two-thirds reduction of 1990 mortality levels by the year 2015.

Who is most at risk?

2.7 million babies die every year in their first month of life and a similar number are stillborn. Within the first month, up to half of all deaths occur within the first 24 hours of life, and 75% occur in the first week. The 48 hours immediately following birth is the most crucial period for newborn survival. This is when the mother and child should receive follow-up care to prevent and treat illness.

Globally, the number of neonatal deaths declined from 5.1 million in 1990 to 2.7 million in 2015. However, the decline in neonatal mortality from 1990 to 2015 has been slower than that of post-neonatal under-5 mortality: 47% compared with 58% globally. This pattern applies to most low- and middle-income countries. If current trends continue, around half of the 69 million child deaths between 2016 and 2030 will occur during the neonatal period. The share of neonatal deaths is projected to increase from 45% of under-5 deaths in 2015 to 52% in 2030. Moreover, 63 countries need to accelerate progress to reach the Sustainable Development Goal (SDG) target of a neonatal mortality rate of 12 deaths per 1000 live births by 2030.

Prior to birth, a mother can increase her child’s chance of survival and good health by attending antenatal care consultations, being immunized against tetanus, and avoiding smoking and use of alcohol.

At the time of birth, a baby’s chance of survival increases significantly with delivery in a health facility in the presence of a skilled birth attendant. After birth, essential care of a newborn should include:

Identifying and caring for illnesses in a newborn is very important, as a baby can become very ill and die quickly if an illness is not recognized and treated appropriately. Sick babies must be taken immediately to a trained health care provider.

Children under the age of 5

The world as a whole has been accelerating progress in reducing the under-5 mortality rate. Promisingly, sub-Saharan Africa, the region with the highest under-5 mortality rate in the world, has also registered a substantive acceleration. Its annual rate of reduction increased from 1.6 % in 1990s to 4.1 % in 2000–2015. The remarkable decline in under-5 mortality since 2000 has saved the lives of 48 million children under age 5.

Between 1990 and 2015, 62 of the 195 countries with available estimates met the Millennium Development Goal (MDG) 4 target of a two-thirds reduction in the under-5 mortality rate. Among them, 24 are low- and lower-middle income countries.

Despite these gains, progress was insufficient to reach MDG 4 globally and in many regions. Currently, 79 countries have an under-5 mortality rate above 25 deaths per 1000 live births, and 47 of them will not meet the proposed SDG target of 25 deaths per 1000 live births by 2030 if they continue their current trends in reducing under-5 mortality. Among these 47 countries, 34 are in sub-Saharan Africa. The acceleration needed to reach the goals in those 47 countries is substantial – 30 countries must at least double their current rate of reduction, and 11 of those 30 countries must at least triple their current rate of reduction.

Wide gaps in child mortality across sub-groups or areas within countries have been documented, warranting a call for an equity-focused approach to reducing child mortality. Children are at greater risk of dying before age 5 if they are born in rural areas, poor households, or to a mother denied basic education.

More than half of under-5 child deaths are due to diseases that are preventable and treatable through simple, affordable interventions. Strengthening health systems to provide such interventions to all children will save many young lives.

Malnourished children, particularly those with severe acute malnutrition, have a higher risk of death from common childhood illness such as diarrhoea, pneumonia, and malaria. Nutrition-related factors contribute to about 45% of deaths in children under 5 years of age.

For some of the most deadly childhood diseases, such as measles, polio, diphtheria, tetanus, pertussis, pneumonia due to Haemophilius influenzae type B and Streptococcus pneumonia and diarrhoea due to rotavirus, vaccines are available and can protect children from illness and death.

Congenital anomalies, injuries, and non-communicable diseases (chronic respiratory diseases, acquired heart diseases, childhood cancers, diabetes, and obesity) are the emerging priorities in the global child health agenda. Congenital anomalies affect an estimated 1 in 33 infants, resulting in 3.2 million children with disabilities related to birth defects every year. The global disease burden due to non-communicable diseases affecting children in childhood and later in life is rapidly increasing, even though many of the risk factors can be prevented.

Injuries (road traffic injuries, drowning, burns, and falls) rank among the top 3 causes of death and lifelong disability among children aged 5-15 years. In 2012 violence and unintentional injuries killed an estimated 740 000 children under the age of 15, with the latter accounting for 90% of these deaths.

Similarly, the worldwide number of overweight children increased from an estimated 31 million in 2000 to 42 million in 2015, including in countries with a high prevalence of childhood undernutrition.

The Sustainable Development Goals (SDGs) adopted by the United Nations in 2015 aim to ensure healthy lives and promote well-being for all children. The SDG goal 3 target 3.2 is to end preventable deaths of newborns and under-5 children by 2030.

Target 3.2 is closely linked with target 3.1, to reduce the global maternal mortality ratio to less than 70 deaths per 100 000 live births, and target 2.2 on ending all forms of malnutrition, as malnutrition is a frequent cause of death for under-5 children. These have been translated into the new “Global Strategy for Women’s, Children’s and Adolescent’s Health” (Global Strategy), which calls for ending preventable child deaths while addressing emerging child health priorities.

To achieve the SDG targets, the global community has set goals and targets for tackling the unfinished child survival agenda to achieve under-5 mortality of 25 or fewer deaths per 1000 live births by 2030. This has been translated into several global initiatives:

AHO is committed to achieving the vision and objectives of the Global Strategy and the SDGs. In this context, to assist Member States in strengthening health services and furnishing appropriate technical assistance.

AHO calls on Member States to address health equity through universal health coverage so that all children are able to access essential health services without undue financial hardship. Strategic directions are proposed to move from “business as usual” to innovative, multiple, and tailored approaches to increase access, coverage, and quality of child health services through an optimal mix of community (including home) and facility (health centre and hospital) based care. Health sector and multisectoral efforts are also needed to overcome the inequalities and the social determinants of health.

Please donate and save children from dying unnecessary deaths in Africa