Trachoma is among the neglected tropical diseases (NTDs), which are a group of parasitic and bacterial infectious diseases that affect 1.5 billion people, and 40 percent live in Africa.
NTDs affect the poorest, most vulnerable people who live in hard to reach parts of Africa.
The diseases, disfigure and disable, keep children out of school and parents out of work, limiting their potential in communities stuck in poverty.
NTDs rank among the four most devastating groups of communicable diseases.

Type 2 diabetes is a life-long condition and can pose grave health risks if left untreated. It is widely understood that the chronic condition can cause life-threatening complications, but it can also have a debilitating impact on another part of the body too

A measles epidemic has caused more than 2,700 deaths between January and early August in the DRC, killing more people in seven months than Ebola in one year, Médecins Sans Frontières (MSF) reported in a tweet read on Saturday.

Africa Health Organisation (AHO) has established a regulator called Africa Care Quality and Accountability Commission (ACQAC) to register and monitor health care in Africa. This will help avoid the Renee Bach scenario in which Renee, an unqualified US missionary is allegedly practiced medicine at her Serving His Children NGO clinic in Uganda where over 100 children are said to have died.

Renee Bach was still a teenager when she left her small hometown in rural Virginia in USA and moved halfway across the world to Uganda, after spending just 10 months there on a mission trip. and set up her NGO Serving His Children.

Trachoma is a disease that can cause blindness and visual impairment in about 1.9 million people every year. Poor communities in rural areas of countries in Africa are most affected. It is a bilateral eye disease ranked as the leading cause of preventable blindness of infectious origin in the world. It is caused by the vector borne Chlamydia Trachomatis bacteria.

Having to pay a bribe for life-saving medicine and official documents like passports and driver’s licences would for many people seem unthinkable.

But it’s the reality for more than a quarter of African citizens, according to the results of a new survey into corruption on the continent.

The government of Burundi on Thursday officially disputed recent reports that close to half of its population were affected by malaria. Burundi Health Minister Thaddée Ndikumana told journalists the figures were lower – 4.3 million recorded cases (not 5.7 million), and that 1,400 not 1,800deaths had been recorded this year.

The ministry of health said in a statement its data showed malaria cases recorded in June this year jumped 40% to 1.4 million from the same month last year. 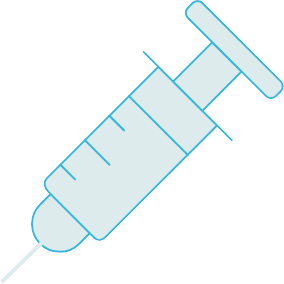