Mental illness is associated with a significant burden of morbidity and disability.

Lifetime prevalence rates for any kind of psychological disorder are higher than previously thought, are increasing in recent cohorts and affect nearly half the population.

Despite being common, mental illness is underdiagnosed by doctors. Less than half of those who meet diagnostic criteria for psychological disorders are identified by doctors.

Patients, too, appear reluctant to seek professional help. Only 2 in every 5 people experiencing a mood, anxiety or substance use disorder seeking assistance in the year of the onset of the disorder.

Gender determines the differential power and control men and women have over the socioeconomic determinants of their mental health and lives, their social position, status and treatment in society and their susceptibility and exposure to specific mental health risks.

Gender differences occur particularly in the rates of common mental disorders – depression, anxiety and somatic complaints. These disorders, in which women predominate, affect approximately 1 in 3 people in the community and constitute a serious public health problem.

Unipolar depression, predicted to be the second leading cause of global disability burden by 2020, is twice as common in women.

Depression is not only the most common women’s mental health problem but may be more persistent in women than men. More research is needed.

Reducing the overrepresentation of women who are depressed would contribute significantly to lessening the global burden of disability caused by psychological disorders.

The lifetime prevalence rate for alcohol dependence, another common disorder, is more than twice as high in men than women. In developed countries, approximately 1 in 5 men and 1 in 12 women develop alcohol dependence during their lives.

Men are also more than three times more likely to be diagnosed with antisocial personality disorder than women.

There are no marked gender differences in the rates of severe mental disorders like schizophrenia and bipolar disorder that affect less than 2% of the population.

Gender differences have been reported in age of onset of symptoms, frequency of psychotic symptoms, course of these disorders, social adjustment and long term outcome.

The disability associated with mental illness falls most heavily on those who experience three or more comorbid disorders. Again, women predominate.

Depression, anxiety, somatic symptoms and high rates of comorbidity are significantly related to interconnected and co-occurrent risk factors such as gender based roles, stressors and negative life experiences and events.

Gender specific risk factors for common mental disorders that disproportionately affect women include gender based violence, socioeconomic disadvantage, low income and income inequality, low or subordinate social status and rank and unremitting responsibility for the care of others.

The high prevalence of sexual violence to which women are exposed and the correspondingly high rate of Post Traumatic Stress Disorder (PTSD) following such violence, renders women the largest single group of people affected by this disorder.

The mental health impact of long term, cumulative psychosocial adversity has not been adequately investigated.

Restructuring has a gender specific effect on mental health

Economic and social policies that cause sudden, disruptive and severe changes to income, employment and social capital that cannot be controlled or avoided, significantly increase gender inequality and the rate of common mental disorders.

Gender bias occurs in the treatment of psychological disorders. Doctors are more likely to diagnose depression in women compared with men, even when they have similar scores on standardized measures of depression or present with identical symptoms.

Female gender is a significant predictor of being prescribed mood altering psychotropic drugs.

Men are more likely than women to disclose problems with alcohol use to their health care provider.

Gender stereotypes regarding proneness to emotional problems in women and alcohol problems in men, appear to reinforce social stigma and constrain help seeking along stereotypical lines. They are a barrier to the accurate identification and treatment of psychological disorder.

Despite these differences, most women and men experiencing emotional distress and /or psychological disorder are neither identified or treated by their doctor.

Violence related mental health problems are also poorly identified. Women are reluctant to disclose a history of violent victimization unless physicians ask about it directly.

The complexity of violence related health outcomes increases when victimization is undetected and results in high and costly rates of utilization of the health and mental health care system.

Depression, anxiety, psychological distress, sexual violence, domestic violence and escalating rates of substance use affect women to a greater extent than men across different countries and different settings. Pressures created by their multiple roles, gender discrimination and associated factors of poverty, hunger, malnutrition, overwork, domestic violence and sexual abuse, combine to account for women’s poor mental health. There is a positive relationship between the frequency and severity of such social factors and the frequency and severity of mental health problems in women. Severe life events that cause a sense of loss, inferiority, humiliation or entrapment can predict depression.

Up to 20% of those attending primary health care in developing countries suffer from anxiety and/or depressive disorders. In most centres, these patients are not recognized and therefore not treated. Communication between health workers and women patients is extremely authoritarian in many countries, making a woman’s disclosure of psychological and emotional distress difficult, and often stigmatized. When women dare to disclose their problems, many health workers tend to have gender biases which lead them to either over-treat or under-treat women.

Research shows that there are 3 main factors which are highly protective against the development of mental problems especially depression. These are: 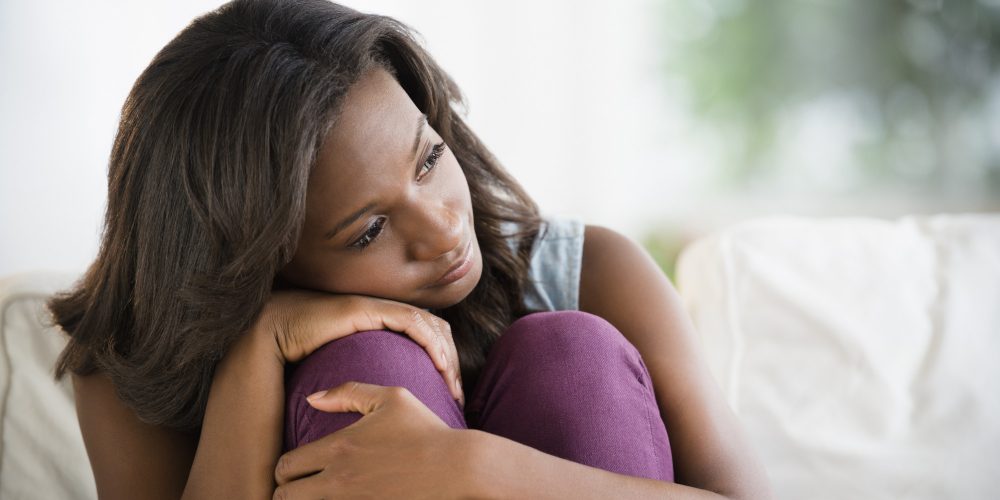