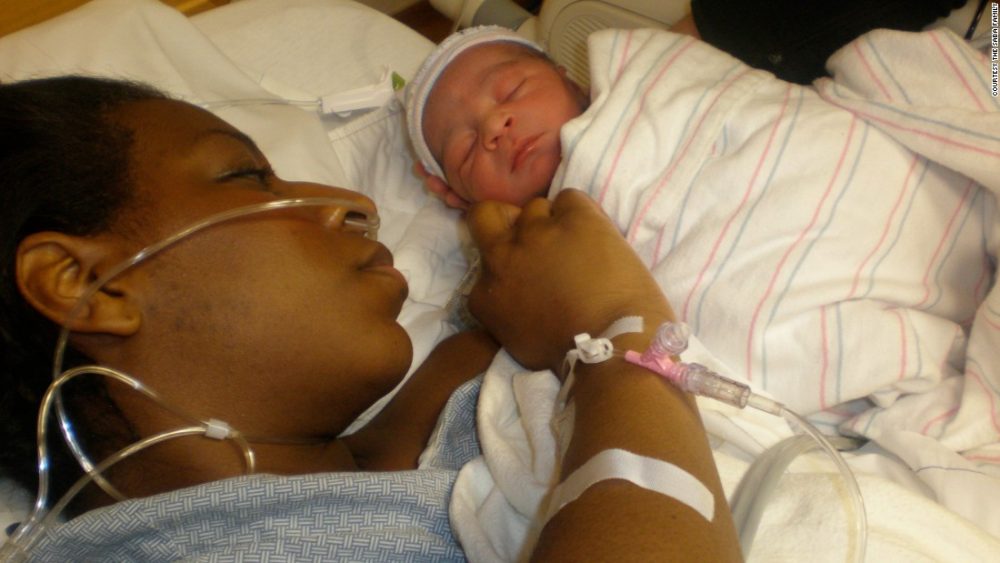 For women aged 15-44 years, HIV/AIDS is the leading cause of death worldwide, with unsafe sex being the main risk factor in developing countries.

Both death rates and the causes of death are similar for boys and girls during infancy and childhood. Prematurity, birth asphyxia and infections are the main causes of death during the first month of life, which is the time of life when the risk of death is the highest.

Pneumonia, prematurity, birth asphyxia and diarrhoea are the main causes of death during the first five years of life. Malnutrition is a major contributing factor in 45% of deaths in children aged less than 5 years.

Self-inflicted injuries, road traffic injuries and drowning are among the main causes of death worldwide in adolescent girls.

Globally, adolescent girls and young women (15-24 years) are twice as likely to be at risk of HIV infection compared to boys and young men in the same age group. This higher risk of HIV is associated with unsafe and often unwanted and forced sexual activity.

Early childbearing increases risks for both mothers and their newborns. Although progress has been made in reducing the birth rate among adolescents, more than 15 million of the 135 million live births worldwide are among girls aged 15-19 years.

In 21 out of 41 countries with data, more than one third of girls aged 15-19 years are anaemic. Anaemia, most commonly iron-deficiency anaemia, increases the risk of haemorrhage and sepsis during childbirth. It causes cognitive and physical deficits in young children and reduces productivity in adults. Women and girls are most vulnerable to anaemia due to insufficient iron in their diets, menstrual blood loss and periods of rapid growth.

For women aged 15-44 years, HIV/AIDS is the leading cause of death worldwide, with unsafe sex being the main risk factor in developing countries. Biological factors, lack of access to information and health services, economic vulnerability and unequal power in sexual relations expose women, particularly young women, to HIV infection.

Maternal deaths are the second biggest killer of women of reproductive age. Every year, approximately 287 000 women die due to complications in pregnancy and childbirth, 99% of them are in developing countries.

Despite the increase in contraceptive use over the past 30 years, many women in all regions still do not have access to modern contraceptive methods. For example, in sub-Saharan Africa, one in four women who wish to delay or stop childbearing does not use any family planning method.

Tuberculosis is often linked to HIV infection and is among the five leading causes of death, in low-income countries, among women of reproductive age and among adult women aged 20–59 years.

Both self-inflicted injuries and road injuries figure among the top 10 causes of death among adult women (20-59 years) globally. In the WHO South-East Asia Region, burns are among the top 10 leading causes of death among women aged 15–44. Women suffer significantly more fire-related injuries and deaths than men, due to cooking accidents or as the result of intimate partner and family violence.

Cervical cancer is the second most common type of cancer in women worldwide, with all cases linked to a sexually transmitted genital infection with the human papillomavirus (HPV). Due to poor access to screening and treatment services, more than 90% of deaths occur in women living in low- and middle- income countries.

Globally, as many as 38% of murders of women are committed by an intimate partner.

Women who have been physically or sexually abused have higher rates of mental ill-health, unintended pregnancies, abortions and miscarriages than non-abused women. Women exposed to partner violence are twice as likely to be depressed, almost twice as likely to have alcohol use disorders, and 1.5 times more likely to have HIV or another sexually transmitted infection. 42% of them have experienced injuries as a result. Increasingly in many conflicts, sexual violence is also used as a tactic of war.

Every year, an estimated 800 000 people die from suicide globally, the majority being men. However, there are exceptions, for instance in China where the suicide rate in rural areas is higher among women than men. Attempted suicide, which exceeds suicide by up to 20 times, is generally more frequent among women than men and causes an unrecognized burden of disability. At the same time, attempted suicide is an important risk factor for death from suicide and shows the need for appropriate health services for this group.

Disability – which affects 15% of the world’s population – is more common among women than men. Women with disabilities have poorer health outcomes, lower education achievements, less economic participation and higher rates of poverty than women without disabilities. Adult women with disabilities are at least 1.5 times more likely to be a victim of violence than those without a disability.

Tobacco use and the burning of solid fuels for cooking are the primary risk factors for chronic obstructive pulmonary disease – a life-threatening lung disease – in women. One third of all of the COPD deaths and disease burden in women is caused by exposure to indoor smoke from cooking with open fires or inefficient stoves.

Older women (60 years and over)

Globally, men slightly outnumber women but, as women tend to live longer than men, they represent a higher proportion of older adults: 54% of people 60 years of age and older are women, a proportion that rises to almost 60% at age 75 and older, and to 70% at age 90 and older.

Noncommunicable diseases, particularly cardiovascular diseases and cancers, are the biggest causes of death among older women, regardless of the level of economic development of the country in which they live. Cardiovascular diseases account for 46% of older women’s deaths globally, while a further 14% of deaths are caused by cancers – mainly cancers of the lung, breast, colon and stomach. Chronic respiratory conditions, mainly COPD, cause another 9% of older women’s deaths.

Many of the health problems faced by women in older age are the result of exposure to risk factors in adolescence and adulthood, such as smoking, sedentary lifestyles and unhealthy diets.

Other health problems experienced by older women that decrease physical and cognitive functioning include poor vision (including cataracts), hearing loss, arthritis, depression and dementia. Although men also suffer from these conditions, in many countries women are less likely to receive treatment or supportive aids than men.

These factors combine to increase vulnerabilities, and reduce access to needed and effective health services.