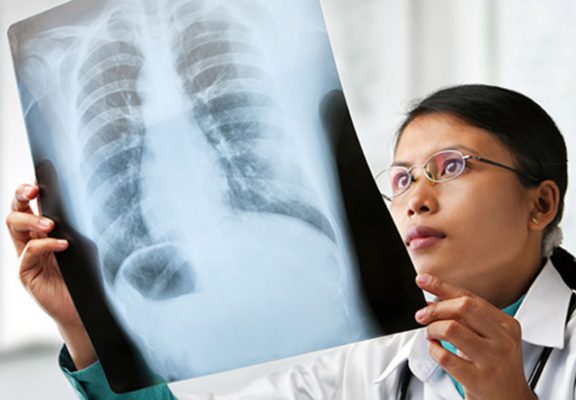 World TB Day, falling on March 24th each year, is designed to build public awareness that tuberculosis today remains an epidemic in much of the world, causing the deaths of nearly one-and-a-half million people each year, mostly in developing countries. It commemorates the day in 1882 when Dr Robert Koch astounded the scientific community by announcing that he had discovered the cause of tuberculosis, the TB bacillus. At the time of Koch’s announcement in Berlin, TB was raging through Europe and the Americas, causing the death of one out of every seven people. Koch’s discovery opened the way towards diagnosing and curing TB. AHO joins the international community to commemorate World TB Day.

Each year we commemorate World TB Day to raise public awareness about the devastating health, social and economic consequences of tuberculosis (TB) and to step up efforts to end the global TB epidemic. The date marks the day in 1882 when Dr. Robert Koch announced that he had discovered the bacterium that causes TB, which opened the way towards diagnosing and curing this disease. Despite significant progress over the last decades, TB continues to be the top infectious killer worldwide, claiming over 4 500 lives a day. The emergence of multidrug-resistant TB (MDR-TB) poses a major health security threat and could risk gains made in the fight against TB.

Tuberculosis (TB) is caused by bacteria (Mycobacterium tuberculosis) that most often affect the lungs. Tuberculosis is curable and preventable.

TB is spread from person to person through the air. When people with lung TB cough, sneeze or spit, they propel the TB germs into the air. A person needs to inhale only a few of these germs to become infected.

About one-third of the world’s population has latent TB, which means people have been infected by TB bacteria but are not (yet) ill with the disease and cannot transmit the disease.

People infected with TB bacteria have a 10% lifetime risk of falling ill with TB. However, persons with compromised immune systems, such as people living with HIV, malnutrition or diabetes, or people who use tobacco, have a much higher risk of falling ill.

When a person develops active TB disease, the symptoms (such as cough, fever, night sweats, or weight loss) may be mild for many months. This can lead to delays in seeking care, and results in transmission of the bacteria to others. People with active TB can infect 10–15 other people through close contact over the course of a year. Without proper treatment, 45% of HIV-negative people with TB on average and nearly all HIV-positive people with TB will die.

Who is the most at risk?

Tuberculosis mostly affects adults in their most productive years. However, all age groups are at risk. Over 95% of cases and deaths are in developing countries.

People who are infected with HIV are 20 to 30 times more likely to develop active TB. The risk of active TB is also greater in persons suffering from other conditions that impair their immune system.

Tobacco use greatly increases the risk of TB disease and death. Over 20% of TB cases worldwide are attributable to smoking.

TB is a treatable and curable disease. Active, drug-susceptible TB disease is treated with a standard 6 month course of 4 antimicrobial drugs that are provided with information, supervision and support to the patient by a health worker or trained volunteer. Without such support, treatment adherence can be difficult and the disease can spread. The vast majority of TB cases can be cured when medicines are provided and taken properly.