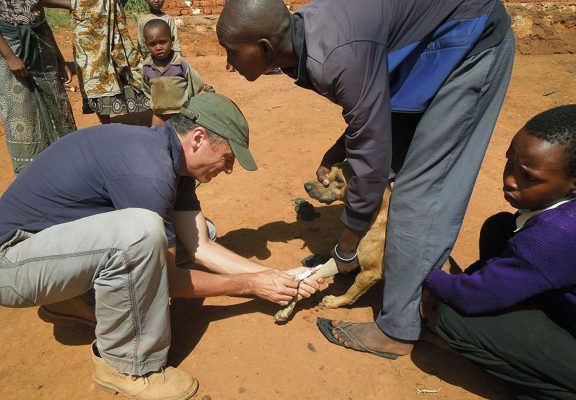 World Rabies Day is celebrated annually to raise awareness about rabies prevention and to highlight progress in defeating this horrifying disease. 28 September also marks the anniversary of Louis Pasteur’s death, the French chemist and microbiologist, who developed the first rabies vaccine.

Today, safe and efficacious animal and human vaccines are among the important tools that exist to eliminate human deaths from rabies while awareness is the key driver for success of communities to engage in effective rabies prevention.

AHO emphasises the two crucial actions that communities can do to prevent rabies. It also reflects AHO target to eliminate all human deaths from dog-mediated rabies by 2030.