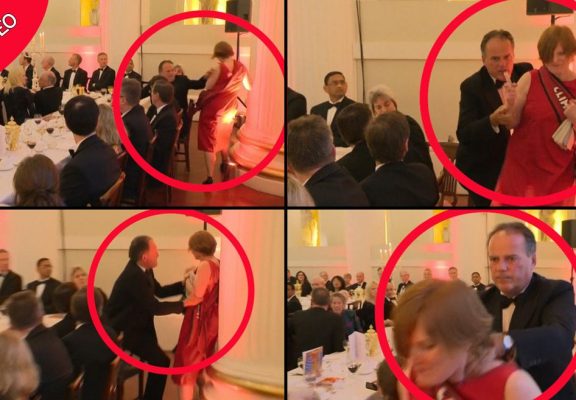 The Mark Field video is chillingly familiar to anyone who recognises violence against women.

The sight of a minister manhandling a female protester should be shocking, but some felt able to look on – or even defend it especially Tory MPs such as Michael Fabricant MP for Lichfield, Johnny Mercer MP for Plymouth. “These 2 MPs must lose their parliamentary seats for condoning violence against women” Graciano Masauso, President, AHO. 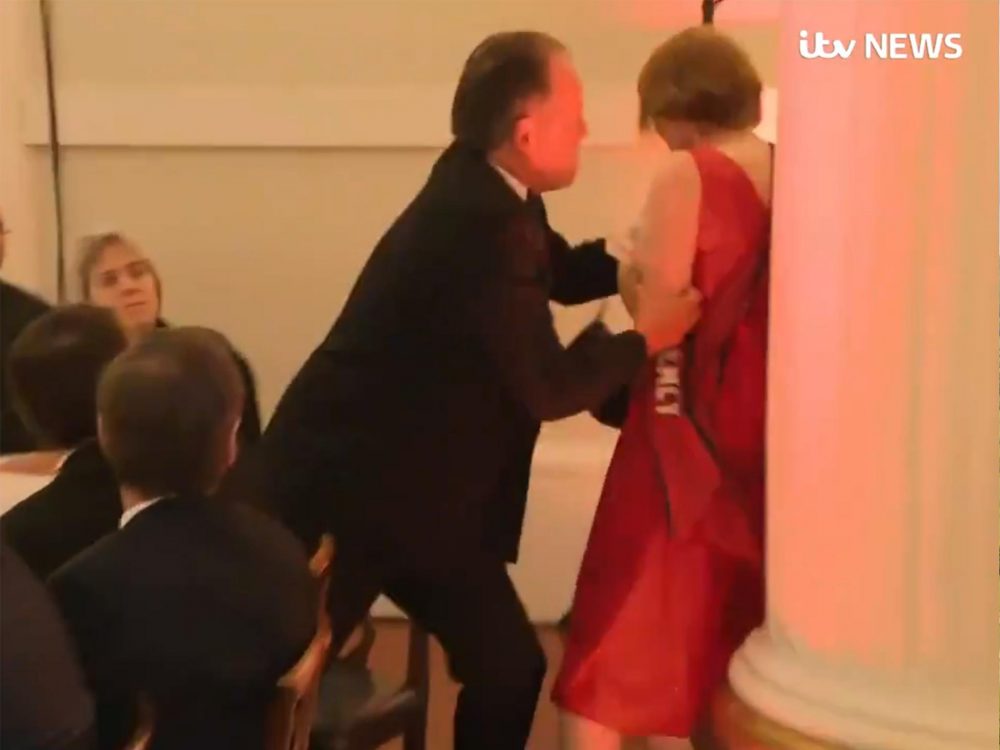 The gut knows. The gut processes what the eye sees. A woman slammed up against a wall. A man, eyes bulging with rage, his hands on her. He pushes her out of the posh dinner, his hands gripping her neck. She is shocked. The gut twists at the familiarity. Male violence so everyday that many will have experienced it, many will have felt sick watching it – and somehow still ashamed to admit that this had happened to them too. Elsewhere, long ago, somewhere more private. No one saw.

The woman looked stunned. What could have been hidden in her red dress? Submachine guns, harpoons, ground-to-air missiles?

Philip Hammond was to make his Mansion House speech. The woman was part of a protest designed to draw attention to the climate crisis. But there is no room for protest here in the centre of power. The man, Mark Field, is the MP for Cities of London and Westminster, which includes the area presided over by the Corporation of London, the ancient centre of power and still the epicentre of business. Here the chancellor makes his speech, here decisions are made and backs are slapped. Greenpeace activists were there, shouting in red dresses, to draw attention to priorities other than profit. 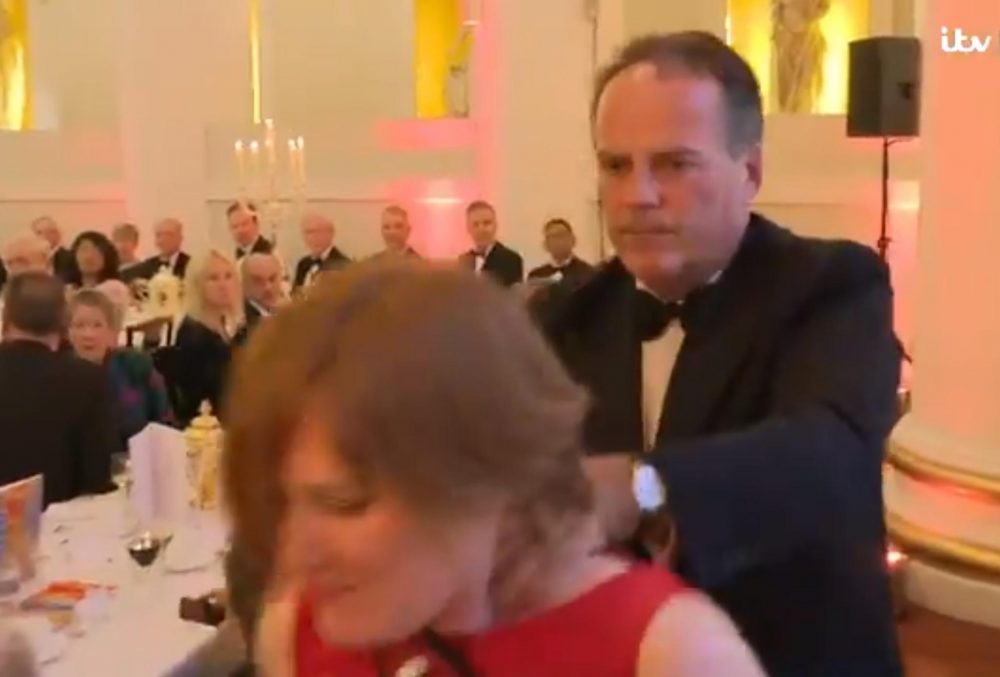 Maybe Mark Field acted on impulse. I have read that he was “risking his life” and “give him a medal”. But this wasn’t Helmand, it was a posh do for city grandees, who were being momentarily inconvenienced.

The woman, the activist who was manhandled, turns out to be called Janet Barker and has been helpfully unmasked by the Daily Mail. She wasn’t wearing a mask, but never mind. She lives on a farm in rural Wales. She is a support worker and lives off-grid with 31 rabbits. She likes knitting with rabbit wool. She sounds lethal, I must say.

One of the worst things about all this – and thank god Field has now been suspended – is the reaction of the other guests. You can be a perpetrator of violence or a victim. But you can also be a bystander. The others looked on, saw what was happening and did not try to stop him. Shame on them. Shame on the whole damn lot of them.

It’s on film, just as Charles Saatchi’s hand around Nigella Lawson’s throat was caught on camera and said to be “a playful tiff”. But we saw it and we recognise such violence because we internalised this young. Marilyn French once said “As long as some men use physical force to subjugate females, all men need not. The knowledge that some do suffices to threaten all women.”

These are the players now. The contest of men on stools is coming to its end. Tension is high. Egos are rampant. A woman slammed up against a wall. Should the poor man lose his ministerial car?

But we have seen and we know only too well that move: to silence us, to take our breath away. We have seen the shady brotherhood that will defend this in the name of some “anti-terror” alertness. We know where the terror really comes from. It is from those who sanction male violence.

• Suzanne Moore is a Guardian columnist