Lymphatic filariasis, or elephantiasis, is a serious threat to approximately 406 million people in Africa.

Lymphatic filariasis is caused by a thread-like parasitic worm that is transmitted by mosquitoes. The infection is usually acquired in childhood but the painful and profoundly disfiguring disease often occurs later in life.

Acute or short-term symptoms of lymphatic filariasis can include redness, warmth, swelling and pain in the affected area. The vast majority of infected people experience no noticeable symptoms but as many as 40% experience the effects of kidney damage.

Male worms can grow to be about 3 to 4 cm in length and female worms 8 to 10 cm. The male and female worms work together to form “nests” in the human lymphatic system. The worms can live for 6 to 8 years and produce millions of small larvae that circulate in the blood.

If left untreated, these obstructions can cause the gross enlargement of the legs, breasts and genital organs that is commonly characterized by elephantiasis. The condition has devastating effects on the quality of life of sufferers and impacts them not only physically but also emotionally and economically. 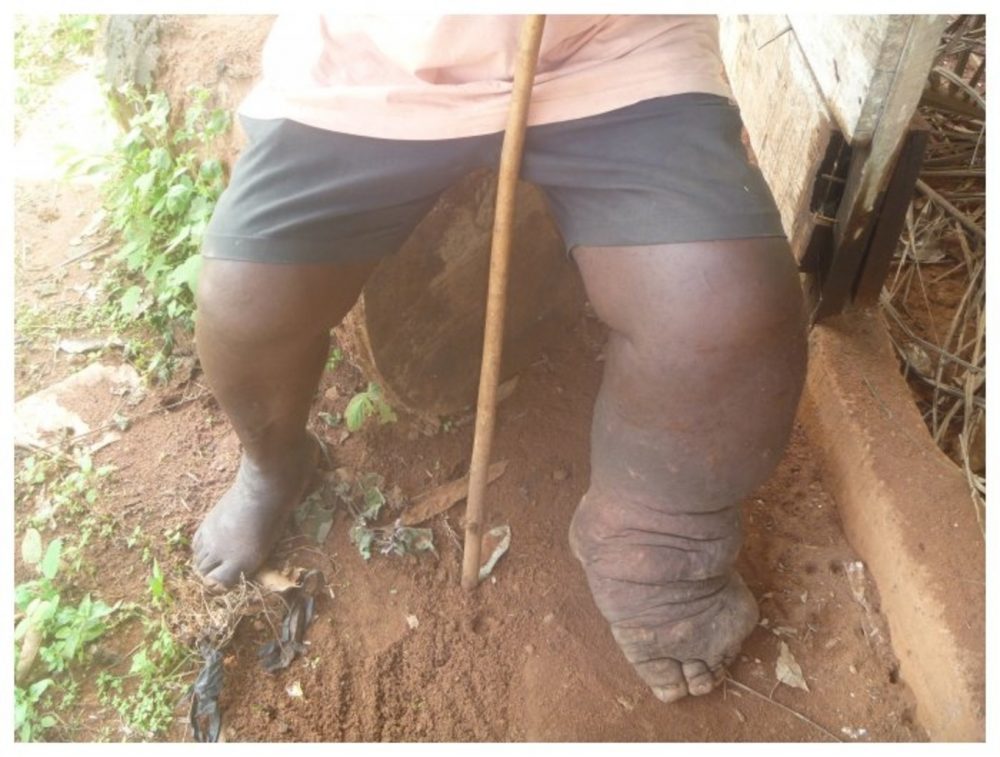