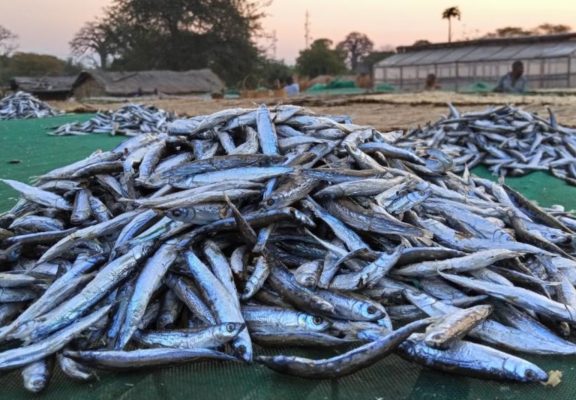 In Sub-Saharan Africa, sustained efforts to prevent mosquitoes from transmitting malaria have resulted in the number of beneficiaries of insecticide-treated bed nets reaching one billion, the study says.

But the study adds that despite the distribution of about 28 million insecticide-treated bed nets between 2004 and 2017 in Malawi, malaria poses a significant problem in the country.

According to the study published in the Malaria Journal this month (18 September), researchers found that residents of fishing communities in Malawi use insecticide-treated bed nets for fishing and other agricultural purposes.

“In some fishing communities we were able to see new [bed] nets being repurposed for fishing or drying fish.” Don Mathanga, University of Malawi

“In some fishing communities we were able to see new [bed] nets being repurposed for fishing or drying fish,” says Don Mathanga, a co-author of study and director of the Malaria Alert Centre, University of Malawi.

Mathanga adds that bed nets are only effective if they are used widely as they protect the individual sleeping under it and also have an effect at population level if coverage is high.

“When nets are taken away to be used for other things what it means is that coverage goes down and the effect at population level or even at the individual level is reduced. The fight against malaria is then affected,” he explains.

The study identified poor economy and food insecurity as major reasons for the misuse of the treated bed nets.

“When the health personnel distribute the nets for malaria prevention, the buyers come to coax people to sell their nets so that they should use them for fishing,” a male respondent was cited in the study as saying. “They come and coax the people to sell, so because of poverty people sell to buy salt, maize flour.”

“In lake zones across East African countries, bed net misuse for fishing has been an issue within communities,” says Kweka. “Stringent measures should be implemented by governments from the grass roots on misuse of bed nets for fishing.”

Kweka says that there should be a policy governing the availability of standard fishing nets across the country, and make them available with some subsidised price by the government of Malawi.

Malumbo Mtete, a biomedical research scientist at Kande Clinic on the shores of Lake Malawi in Nkhata Bay district, adds there is a need for behavioural change interventions targeting bed net beneficiaries in fishing areas.

Mtete says that the malpractice could deter donors from financing the provision of free bed nets for malaria control.