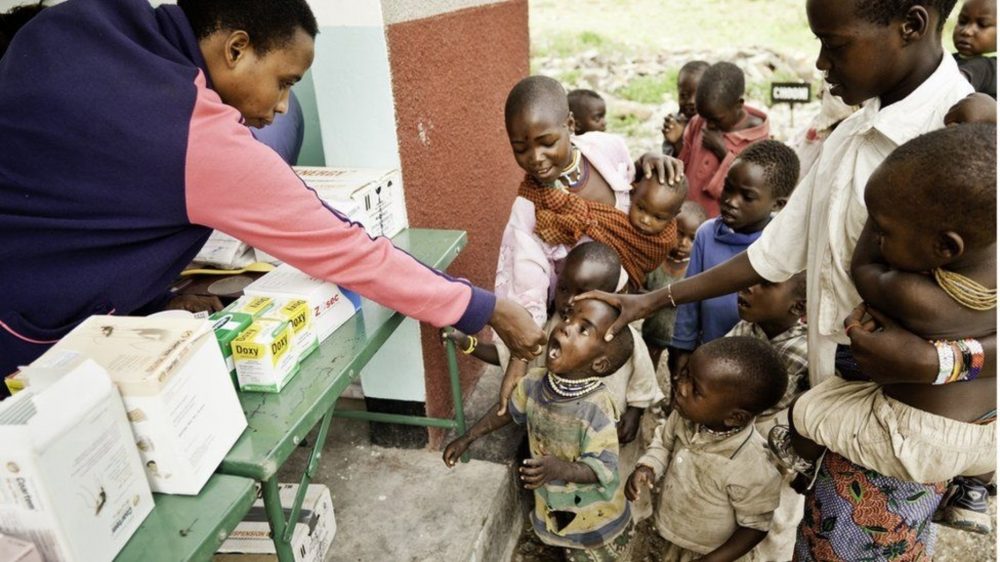 Soil-transmitted helminth infections are among the most common infections worldwide and affect the poorest and most deprived communities.

Soil-transmitted helminth infections are among the most common infections worldwide and affect the poorest and most deprived communities. They are transmitted by eggs present in human faeces which in turn contaminate soil in areas where sanitation is poor. The main species that infect people are the roundworm (Ascaris lumbricoides), the whipworm (Trichuris trichiura) and hookworms (Necator americanus and Ancylostoma duodenale).

More than 1.5 billion people, or 24% of the world’s population, are infected with soil-transmitted helminth infections worldwide. Infections are widely distributed in tropical and subtropical areas, with the greatest numbers occurring in sub-Saharan Africa, the Americas, China and East Asia.
Over 267 million preschool-age children and over 568 million school-age children live in areas where these parasites are intensively transmitted, and are in need of treatment and preventive interventions.

Soil-transmitted helminths are transmitted by eggs that are passed in the faeces of infected people. Adult worms live in the intestine where they produce thousands of eggs each day. In areas that lack adequate sanitation, these eggs contaminate the soil. This can happen in several ways:

In addition, hookworm eggs hatch in the soil, releasing larvae that mature into a form that can actively penetrate the skin. People become infected with hookworm primarily by walking barefoot on the contaminated soil.

There is no direct person-to-person transmission, or infection from fresh faeces, because eggs passed in faeces need about 3 weeks to mature in the soil before they become infective. Since these worms do not multiply in the human host, re-infection occurs only as a result of contact with infective stages in the environment.

Soil-transmitted helminths impair the nutritional status of the people they infect in multiple ways.

Morbidity is related to the number of worms harboured. People with infections of light intensity (few worms) usually do not suffer from the infection. Heavier infections can cause a range of symptoms including intestinal manifestations (diarrhoea and abdominal pain), malnutrition, general malaise and weakness, and impaired growth and physical development.
Infections of very high intensity can cause intestinal obstruction that should be treated surgically.

The strategy for control of soil-transmitted helminth infections is to control morbidity through the periodic treatment of at-risk people living in endemic areas. People at risk are:

Periodical treatment aims to reduce and maintain the intensity of infection, and to protect infected at-risk populations from morbidity.

Deworming can be easily integrated with child health days or supplementation programmes for preschool children, or integrated with school health programmes. In 2016, over 385 million school-aged children were treated with anthelminthic medicines in endemic countries, corresponding to 68% of all children at risk.

Schools provide a particularly good entry point for deworming activities, as they allow the easy provision of the health and hygiene education component, such as promotion of handwashing and improved sanitation.

The recommended medicines – albendazole (400 mg) and mebendazole (500 mg) – are effective, inexpensive and easy to administer by non-medical personnel (e.g. teachers). They have been through extensive safety testing and have been used in millions of people with few and minor side-effects.

Both albendazole and mebendazole are donated to national ministries of health through WHO in all endemic countries for the treatment of all children of school age.

The global target is to eliminate morbidity due to soil-transmitted helminthiases in children by 2020. This will be obtained by regularly treating at least 75% of the children in endemic areas (an estimated 836 million in 2016).