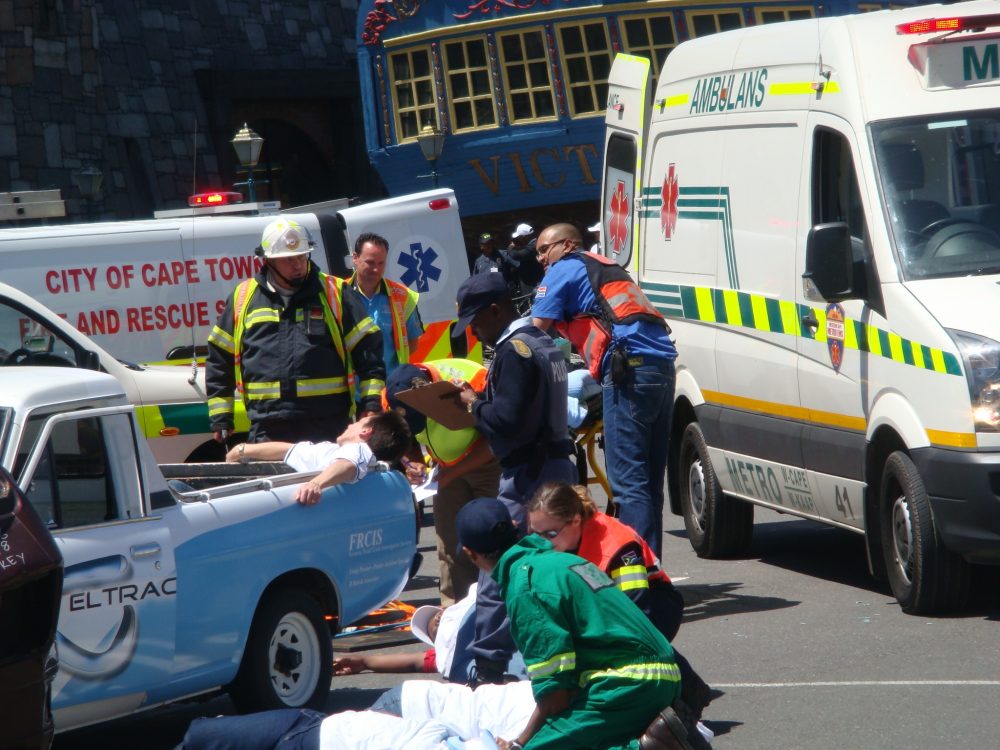 Every year the lives of approximately 1.25 million people are cut short as a result of a road traffic crash.

Every year the lives of approximately 1.25 million people are cut short as a result of a road traffic crash. Between 20 and 50 million more people suffer non-fatal injuries, with many incurring a disability as a result of their injury.

Road traffic injuries cause considerable economic losses to individuals, their families, and to nations as a whole. These losses arise from the cost of treatment as well as lost productivity for those killed or disabled by their injuries, and for family members who need to take time off work or school to care for the injured. Road traffic crashes cost most countries 3% of their gross domestic product.

People aged between 15 and 44 years account for 48% of global road traffic deaths.

The Safe System approach to road safety aims to ensure a safe transport system for all road users. Such an approach takes into account people’s vulnerability to serious injuries in road traffic crashes and recognizes that the system should be designed to be forgiving of human error. The cornerstones of this approach are safe roads and roadsides, safe speeds, safe vehicles, and safe road users, all of which must be addressed in order to eliminate fatal crashes and reduce serious injuries.

Driving under the influence of alcohol and other psychoactive substances

There are many types of distractions that can lead to impaired driving. The distraction caused by mobile phones is a growing concern for road safety.

The design of roads can have a considerable impact on their safety. Ideally, roads should be designed keeping in mind the safety of all road users. This would mean making sure that there are adequate facilities for pedestrians, cyclists, and motorcyclists. Measures such as footpaths, cycling lanes, safe crossing points, and other traffic calming measures can be critical to reducing the risk of injury among these road users.

Safe vehicles play a critical role in averting crashes and reducing the likelihood of serious injury. There are a number of UN regulations on vehicle safety that, if applied to countries’ manufacturing and production standards, would potentially save many lives. These include requiring vehicle manufacturers to meet front and side impact regulations, to include electronic stability control (to prevent over-steering) and to ensure airbags and seat-belts are fitted in all vehicles. Without these basic standards the risk of traffic injuries – both to those in the vehicle and those out of it – is considerably increased.

Delays in detecting and providing care for those involved in a road traffic crash increase the severity of injuries. Care of injuries after a crash has occurred is extremely time-sensitive: delays of minutes can make the difference between life and death.

If traffic laws on drink-driving, seat-belt wearing, speed limits, helmets, and child restraints are not enforced, they cannot bring about the expected reduction in road traffic fatalities and injuries related to specific behaviours. Thus, if traffic laws are not enforced or are perceived as not being enforced it is likely they will not be complied with and therefore will have very little chance of influencing behaviour.

Effective enforcement includes establishing, regularly updating, and enforcing laws at the national, municipal, and local levels that address the above mentioned risk factors. It includes also the definition of appropriate penalties.

What can be done to address road traffic injuries

Road traffic injuries can be prevented. Governments need to take action to address road safety in a holistic manner. This requires involvement from multiple sectors such as transport, police, health, education, and actions that address the safety of roads, vehicles, and road users.

AHO works across the spectrum in countries, in a multisectoral manner and in partnership with national and international stakeholders from a variety of sectors. Its objective is to support Member States in road safety policy planning and implementation.

In addition, AHO collaborates with partners to provide technical support to countries. AHO is working to reduce fatalities and injuries from road traffic crashes in targeted low- and middle-income countries and cities.

The package prioritizes 6 strategies and 22 interventions addressing the risk factors highlighted above, and provides guidance to Member States on their implementation to save lives and meet the road safety target of halving the global number of deaths and injuries from road traffic crashes by 2030.

AHO also plays a key role in guiding African efforts by continuing to advocate for road safety at the highest political levels; compiling and disseminating good practices in prevention, data collection and trauma care; sharing information with the public on risks and how to reduce these risks; and drawing attention to the need for increased funding.

Please donate and togther we can end road carnage