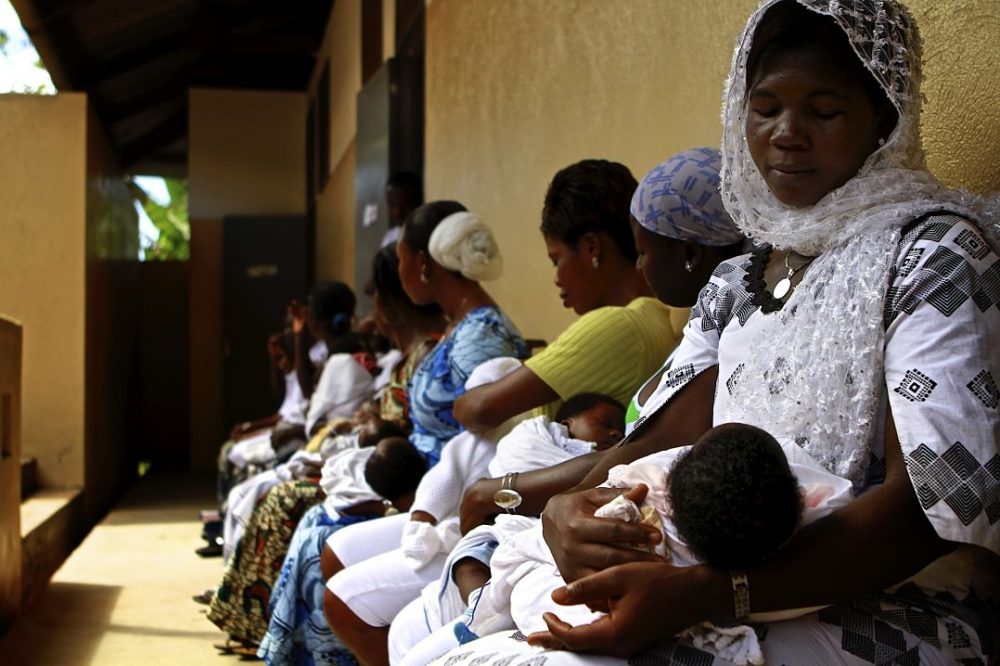 Maternal mortality is unacceptably high. About 830 women die from pregnancy- or childbirth-related complications around the world every day.

Maternal mortality is unacceptably high. About 830 women die from pregnancy- or childbirth-related complications around the world every day. It was estimated that in 2015, roughly 303 000 women died during and following pregnancy and childbirth. Almost all of these deaths occurred in low-resource settings, and most could have been prevented.1

The Sustainable Development Goals and the Global Strategy for Women's, Children’s and Adolescents’ Health

Where do maternal deaths occur?

The risk of maternal mortality is highest for adolescent girls under 15 years old and complications in pregnancy and childbirth is a leading cause of death among adolescent girls in developing countries.2, 3

Women in developing countries have, on average, many more pregnancies than women in developed countries, and their lifetime risk of death due to pregnancy is higher. A woman’s lifetime risk of maternal death – the probability that a 15 year old woman will eventually die from a maternal cause – is 1 in 4900 in developed countries, versus 1 in 180 in developing countries. In countries designated as fragile states, the risk is 1 in 54; showing the consequences from breakdowns in health systems.

Why do women die?

The remainder are caused by or associated with diseases such as malaria, and AIDS during pregnancy.

How can women’s lives be saved?

Most maternal deaths are preventable, as the health-care solutions to prevent or manage complications are well known. All women need access to antenatal care in pregnancy, skilled care during childbirth, and care and support in the weeks after childbirth. Maternal health and newborn health are closely linked. It was estimated that approximately 2.7 million newborn babies died in 20155, and an additional 2.6 million are stillborn6. It is particularly important that all births are attended by skilled health professionals, as timely management and treatment can make the difference between life and death for both the mother and the baby.

Severe bleeding after birth can kill a healthy woman within hours if she is unattended. Injecting oxytocin immediately after childbirth effectively reduces the risk of bleeding.

Infection after childbirth can be eliminated if good hygiene is practiced and if early signs of infection are recognized and treated in a timely manner.

Pre-eclampsia should be detected and appropriately managed before the onset of convulsions (eclampsia) and other life-threatening complications. Administering drugs such as magnesium sulfate for pre-eclampsia can lower a woman’s risk of developing eclampsia.

To avoid maternal deaths, it is also vital to prevent unwanted and too-early pregnancies. All women, including adolescents, need access to contraception, safe abortion services to the full extent of the law, and quality post-abortion care.

Why do women not get the care they need?

Poor women in remote areas are the least likely to receive adequate health care. This is especially true for regions with low numbers of skilled health workers, such as sub-Saharan Africa and South Asia. Globally in 2015, births in the richest 20 per cent of households were more than twice as likely to be attended by skilled health personnel as those in the poorest 20 per cent of households (89 per cent versus 43 per cent). This means that millions of births are not assisted by a midwife, a doctor or a trained nurse.

Other factors that prevent women from receiving or seeking care during pregnancy and childbirth are:

To improve maternal health, barriers that limit access to quality maternal health services must be identified and addressed at all levels of the health system.

In addition, AHO advocates for more affordable and effective treatments, designs training materials and guidelines for health workers, and supports countries to implement policies and programmes and monitor progress.

AHO seeks to end all preventable deaths of women, children and adolescents and create an environment in which these groups not only survive, but thrive, and see their environments, health and wellbeing transformed.

As part of the Africa Strategy and goal of Ending Preventable Maternal Mortality, AHO is working with partners towards: