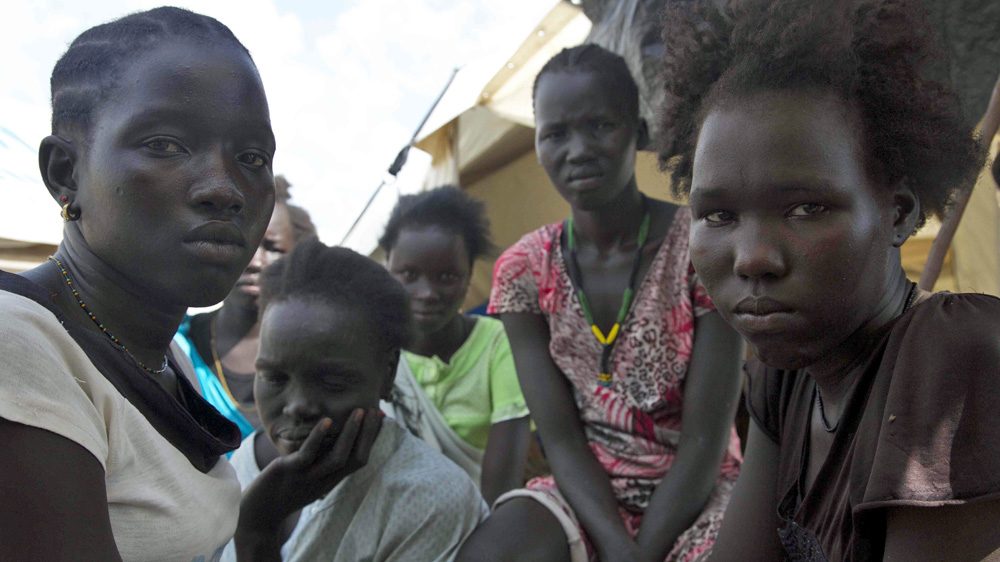 Hepatitis E is a liver disease caused by the hepatitis E virus (HEV): a small virus, with a positive-sense, single-stranded ribonucleic acid (RNA) genome. The virus has at least 4 different types: genotypes 1, 2, 3 and 4. Genotypes 1 and 2 have been found only in humans. Genotype 3 and 4 viruses circulate in several animals (including pigs, wild boars, and deer) without causing any disease, and occasionally infect humans.

The virus is shed in the stools of infected persons, and enters the human body through the intestine. It is transmitted mainly through contaminated drinking water. Usually the infection is self-limiting and resolves within 2–6 weeks. Occasionally a serious disease, known as fulminant hepatitis (acute liver failure) develops, and a proportion of people with this disease can die.

The disease is common in resource-limited countries with limited access to essential water, sanitation, hygiene and health services. In these areas, the disease occurs both as outbreaks and as sporadic cases. The outbreaks usually follow periods of faecal contamination of drinking water supplies and may affect several hundred to several thousand persons. Some of these outbreaks have occurred in areas of conflict and humanitarian emergencies, such as war zones, and in camps for refugees or internally displaced populations (IDP), situations where sanitation and safe water supply pose special challenges.

Sporadic cases are also believed to be related to contamination of water or food, albeit at a smaller scale. The cases in these areas are caused mostly by infection with genotype 1 virus, and much less frequently by genotype 2 virus.

In areas with better sanitation and water supply, hepatitis E disease is infrequent with only occasional sporadic cases. Most of these cases are caused by genotype 3 virus, and are caused by infection with virus originating in animals, usually through ingestion of undercooked animal meat (including animal liver) and are not related to contamination of water or other foods.

Serological evidence of prior exposure to the virus has been found in most areas, with higher seroprevalence rates (proportion of people who test positive for IgG antibodies to HEV) in regions with lower standards of sanitation and thus higher risk for transmission. However, presence of these antibodies does not imply presence of or increased risk of disease. The usefulness of such data for epidemiological purposes may also be limited due to variable and possible sub-optimal performance of available serological assays, and possible disappearance of the antibody with the passage of time among those exposed to the virus.

The hepatitis E virus is transmitted mainly through the faecal-oral route due to faecal contamination of drinking water. This route accounts for a very large proportion of clinical cases with this disease. The risk factors for hepatitis E are related to poor sanitation, allowing virus excreted in the faeces of infected people to reach drinking water supplies.

The ingestion of raw or uncooked shellfish may be the source of sporadic cases in endemic areas.

The incubation period following exposure to the hepatitis E virus ranges from 2 to 10 weeks, with an average of 5–6 weeks. The infected persons are believed to excrete the virus beginning a few days before to around 3-4 weeks after the onset of disease.

In areas with high disease endemicity, symptomatic infection is most common in young adults aged 15–40 years. In these areas, although infection does occur in children, they often have either no symptoms or only a mild illness without jaundice that goes undiagnosed.

Typical signs and symptoms of hepatitis include:

These symptoms are often indistinguishable from those experienced during other liver illnesses and typically last between 1–6 weeks.

In rare cases, acute hepatitis E can be severe, and results in fulminant hepatitis (acute liver failure); these patients are at risk of death. Fulminant hepatitis occurs more frequently when hepatitis E occurs during pregnancy. Pregnant women with hepatitis E, particularly those in the second or third trimester, are at an increased risk of acute liver failure, fetal loss and mortality. Case fatality rates as high as 20–25% have been reported among pregnant women in their third trimester.

Cases of hepatitis E are not clinically distinguishable from other types of acute viral hepatitis. Diagnosis can often be strongly suspected in appropriate epidemiologic settings however, for example in the occurrence of several cases in localities in known disease-endemic areas, in settings with risk of water contamination, if the disease is more severe in pregnant women, or if hepatitis A has been excluded.

Definitive diagnosis of hepatitis E infection is usually based on the detection of specific IgM antibodies to the virus in a person’s blood; this is usually adequate in areas where disease is common.

Additional tests include reverse transcriptase polymerase chain reaction (RT-PCR) to detect the hepatitis E virus RNA in blood and/or stool; this assay requires specialised laboratory facilities. This test is particularly needed in areas where hepatitis E is infrequent, and in cases with chronic HEV infection.

A test for viral antigen detection in serum has been developed; its place in the diagnosis of hepatitis E is currently being studied.

There is no specific treatment capable of altering the course of acute hepatitis E. As the disease is usually self-limiting, hospitalization is generally not required. Hospitalization is required for people with fulminant hepatitis, however, and should also be considered for symptomatic pregnant women.

Prevention is the most effective approach against the disease. At the population level, transmission of HEV and hepatitis E disease can be reduced by:

On an individual level, infection risk can be reduced by:

In 2011, a recombinant subunit vaccine to prevent hepatitis E virus infection was registered in China. It has not yet been approved in other countries.

The following steps are recommended during a suspected outbreak of hepatitis E:

AHO published a technical report that gives information about the epidemiology, clinical manifestations of the disease, and diagnosis of hepatitis E. It also provides guidance to public-health authorities on how to respond to outbreaks of hepatitis E infection.

Regarding the use of the hepatitis E vaccine, it recommends the following:

AHO is currently working with experts and global partners to develop a generic protocol for use of the hepatitis E vaccine as an outbreak response intervention. There is also ongoing work with similar groups to create a simplified algorithm for the diagnosis, triage and management of hepatitis E during an outbreak.

The strategy has a vision of eliminating viral hepatitis as a public health problem and this is encapsulated in the global targets of reducing new viral hepatitis infections by 90% and reducing deaths due to viral hepatitis by 65% by 2030. Actions to be taken by countries and AHO Secretariat to reach these targets are outlined in the strategy.

To support countries in moving towards achieving the global hepatitis goals under the Sustainable Development Agenda 2030 AHO is working in the following areas:

AHO also partakes in commemoration of World Hepatitis Day on 28 July every year to increase awareness and understanding of viral hepatitis.