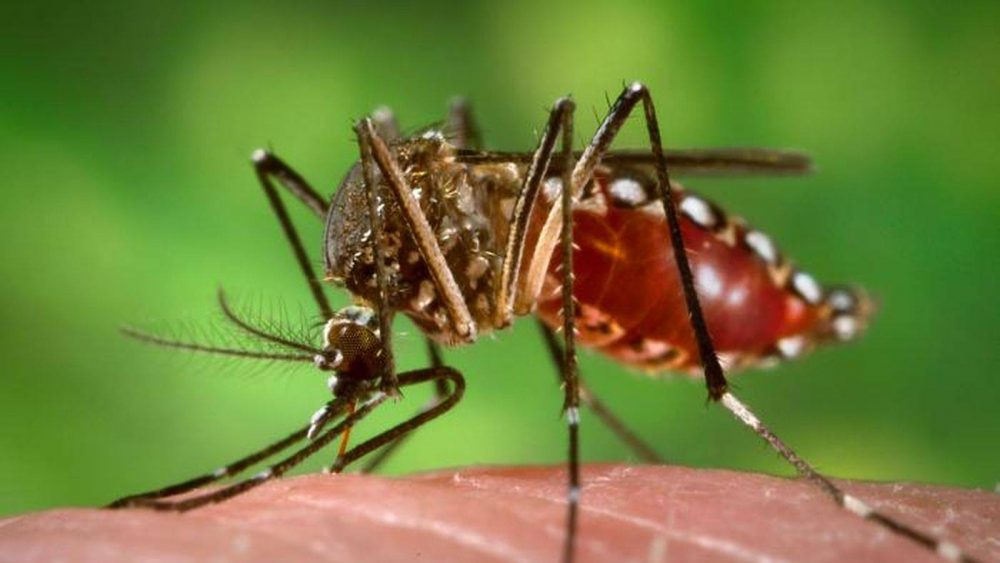 Dengue is a mosquito-borne viral disease that has rapidly spread in all African regions in recent years. Dengue virus is transmitted by female mosquitoes mainly of the species Aedes aegypti and, to a lesser extent, Ae. albopictus. This mosquito also transmits chikungunya, yellow fever and Zika infection. Dengue is widespread throughout the tropics, with local variations in risk influenced by rainfall, temperature and unplanned rapid urbanization.

Severe dengue (also known as Dengue Haemorrhagic Fever) was first recognized in the 1950s during dengue epidemics in the Philippines and Thailand. Today, severe dengue affects most Asian and Latin American countries and has become a leading cause of hospitalization and death among children and adults in these regions.

There are 4 distinct, but closely related, serotypes of the virus that cause dengue (DEN-1, DEN-2, DEN-3 and DEN-4). Recovery from infection by one provides lifelong immunity against that particular serotype. However, cross-immunity to the other serotypes after recovery is only partial and temporary. Subsequent infections by other serotypes increase the risk of developing severe dengue

The incidence of dengue has grown dramatically around the world in recent decades. The actual numbers of dengue cases are underreported and many cases are misclassified. One recent estimate indicates 390 million dengue infections per year (95% credible interval 284–528 million), of which 96 million (67–136 million) manifest clinically (with any severity of disease). Another study, of the prevalence of dengue, estimates that 3.9 billion people, in 128 countries, are at risk of infection with dengue viruses.

Other features of the disease include its epidemiological patterns, including hyper-endemicity of multiple dengue virus serotypes in many countries and the alarming impact on both human health and the global and national economies.

Cases across the Americas, South-East Asia and Western Pacific exceeded 1.2 million in 2008 and over 3.2 million in 2015 (based on official data submitted by Member States). Recently the number of reported cases has continued to increase. In 2015, 2.35 million cases of dengue were reported in the Americas alone, of which 10 200 cases were diagnosed as severe dengue causing 1181 deaths.

Not only is the number of cases increasing as the disease spreads to new areas, but explosive outbreaks are occurring. The threat of a possible outbreak of dengue fever now exists in Europe as local transmission was reported for the first time in France and Croatia in 2010 and imported cases were detected in 3 other European countries. In 2012, an outbreak of dengue on the Madeira islands of Portugal resulted in over 2 000 cases and imported cases were detected in mainland Portugal and 10 other countries in Europe. Among travellers returning from low- and middle-income countries, dengue is the second most diagnosed cause of fever after malaria.

In 2013, cases have occurred in Florida (United States of America) and Yunnan province of China. Dengue also continues to affect several South American countries, notably Costa Rica, Honduras and Mexico. In Asia, Singapore has reported an increase in cases after a lapse of several years and outbreaks have also been reported in Laos. In 2014, trends indicate increases in the number of cases in the People’s Republic of China, the Cook Islands, Fiji, Malaysia and Vanuatu, with Dengue Type 3 (DEN 3) affecting the Pacific Island countries after a lapse of over 10 years. Dengue was also reported in Japan after a lapse of over 70 years.

In 2015, Delhi, India, recorded its worst outbreak since 2006 with over 15 000 cases. The Island of Hawaii, United States of America, was affected by an outbreak with 181 cases reported in 2015 and ongoing transmission in 2016. The Pacific island countries of Fiji, Tonga and French Polynesia have continued to record cases.

The year 2016 was characterized by large dengue outbreaks worldwide. The Region of the Americas region reported more than 2.38 million cases in 2016, where Brazil alone contributed slightly less than 1.5 million cases, approximately 3 times higher than in 2014. 1032 dengue deaths were also reported in the region. The Western Pacific Region reported more than 375 000 suspected cases of dengue in 2016, of which the Philippines reported 176 411 and Malaysia 100 028 cases, representing a similar burden to the previous year for both countries. The Solomon Islands declared an outbreak with more than 7000 suspected. In the African Region, Burkina Faso reported a localized outbreak of dengue with 1061 probable cases.

In 2017 (as of Epidemiological Week 11), the Region of Americas have reported 50 172 cases of dengue fever, a reduction as compared with corresponding periods in previous years. The Western Pacific Region has reported dengue outbreaks in several Member States in the Pacific, as well as the circulation of DENV-1 and DENV-2 serotypes.

An estimated 500 000 people with severe dengue require hospitalization each year, and about 2.5% of those affected die.

The Aedes aegypti mosquito is the primary vector of dengue. The virus is transmitted to humans through the bites of infected female mosquitoes. After virus incubation for 4–10 days, an infected mosquito is capable of transmitting the virus for the rest of its life.

Infected symptomatic or asymptomatic humans are the main carriers and multipliers of the virus, serving as a source of the virus for uninfected mosquitoes. Patients who are already infected with the dengue virus can transmit the infection (for 4–5 days; maximum 12) via Aedes mosquitoes after their first symptoms appear.

The Aedes aegypti mosquito lives in urban habitats and breeds mostly in man-made containers. Unlike other mosquitoes Ae. aegypti is a day-time feeder; its peak biting periods are early in the morning and in the evening before dusk. Female Ae. aegypti bites multiple people during each feeding period.

Aedes albopictus, a secondary dengue vector in Asia, has spread to North America and more than 25 countries in the European Region, largely due to the international trade in used tyres (a breeding habitat) and other goods (e.g. lucky bamboo). Ae. albopictus is highly adaptive and, therefore, can survive in cooler temperate regions of Europe. Its spread is due to its tolerance to temperatures below freezing, hibernation, and ability to shelter in microhabitats.

Dengue should be suspected when a high fever (40°C/104°F) is accompanied by 2 of the following symptoms: severe headache, pain behind the eyes, muscle and joint pains, nausea, vomiting, swollen glands or rash. Symptoms usually last for 2–7 days, after an incubation period of 4–10 days after the bite from an infected mosquito.

Severe dengue is a potentially deadly complication due to plasma leaking, fluid accumulation, respiratory distress, severe bleeding, or organ impairment. Warning signs occur 3–7 days after the first symptoms in conjunction with a decrease in temperature (below 38°C/100°F) and include: severe abdominal pain, persistent vomiting, rapid breathing, bleeding gums, fatigue, restlessness and blood in vomit. The next 24–48 hours of the critical stage can be lethal; proper medical care is needed to avoid complications and risk of death.

There is no specific treatment for dengue fever.

For severe dengue, medical care by physicians and nurses experienced with the effects and progression of the disease can save lives – decreasing mortality rates from more than 20% to less than 1%. Maintenance of the patient’s body fluid volume is critical to severe dengue care

In late 2015 and early 2016, the first dengue vaccine, Dengvaxia (CYD-TDV) by Sanofi Pasteur, was registered in several countries for use in individuals 9-45 years of age living in endemic areas.

AHO recommends that countries should consider introduction of the dengue vaccine CYD-TDV only in geographic settings (national or subnational) where epidemiological data indicate a high burden of disease. Complete recommendations may be found in the WHO position paper on dengue:

Other tetravalent live-attenuated vaccines are under development in phase III clinical trials, and other vaccine candidates (based on subunit, DNA and purified inactivated virus platforms) are at earlier stages of clinical development. AHO provides technical advice and guidance to countries and private partners to support vaccine research and evaluation.

At present, the main method to control or prevent the transmission of dengue virus is to combat vector mosquitoes through:

AHO responds to dengue in the following ways: